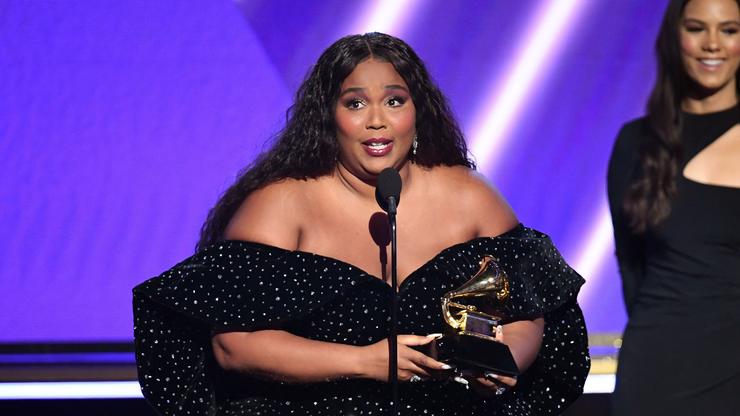 In a new interview, she revisited the viral moment. “There’s a lot of rappers that are actually singers but they call them rappers because of their aesthetic.”

As they were quickly climbing up the charts, the public began debating if certain women in Rap were actually rappers. Artists like Lizzo and Doja Cat continue to be the center of conversations over their styles and deliveries, and even recently, Wale jumped on Twitter to defend Doja’s bars. Still, not everyone believes that ladies with similar talents are deserving of the “rappers” title, and Lizzo touched on the subject when she recently caught up with Angie Martinez.

During the chat, Angie asked, “So, is Lizzo a rapper?” The “Truth Hurts” hitmaker answered, “Yo, that question is crazy ’cause there’s this thing—I got f*cking annihilated on the internet, early days, when I was tweeting.”

“These rappers be singing they heart out but they got chains and they got the grill [so people call them rappers],” Lizzo added. “And they’re using melody to create music and I think it’s a beautiful thing. So, I was like, yo, I rap and I sing and I do the same, but I am as much of a rapper as Swae Lee or Future. And I got destroyed! They was like, ‘Shut up! No fat b*tches in the club!’ I was like, what did I do?!”

Lizzo is of course speaking about her viral moment when she stated that if Future and Swae are considered to be rap artists, then so should she. After the wave of backlash, Lizzo deleted her message but even so, the discussion continued. Check out the clip of her interview with Angie Martinez below.