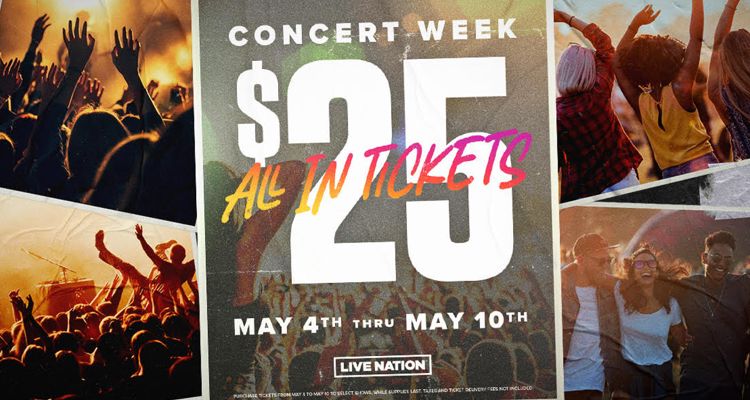 Concert Week offers access to more than 3,700 shows across the United States. The week-long program celebrates one of the most exciting years for live music and the return of the summer concert season. Ticket offers include performances in clubs, theaters, amphitheaters, arenas, and stadiums. A large variety of musical acts across genres including hip-hop, country, latin, metal, pop, rock, and more are included.

The full list of concerts that are participating in Live Nation Concert Week is available on the website.

Live Nation is working hard to kick off the summer concert season after two years of a public wearied by pandemic prevention measures. There are no longer any states in the US requiring mask mandates or prevention measures in place so it appears as though 2022 is the year for live entertainment to make a huge comeback. It’s also worth noting that ticket prices are going through the roof built on high-demand from fans.

Some fans are paying $400 to see My Chemical Romance or $500 to see Bad Bunny. “It sucks for sure because I’ve had to miss out on other big concerts to go to these,” Enya Ramirez told The Wall Street Journal.