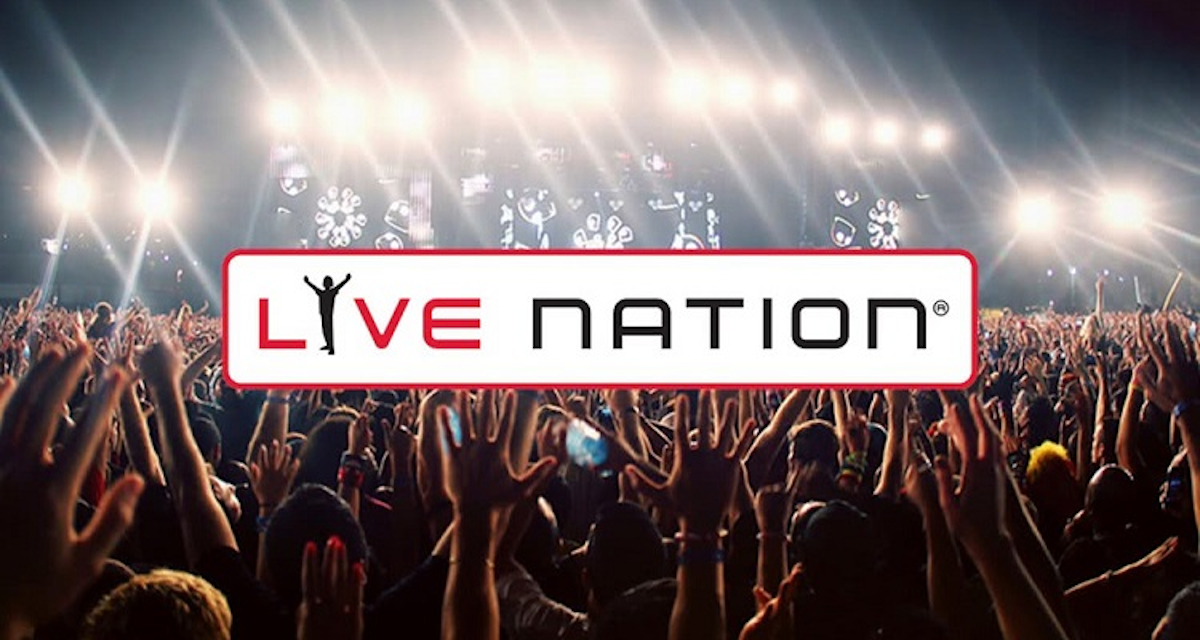 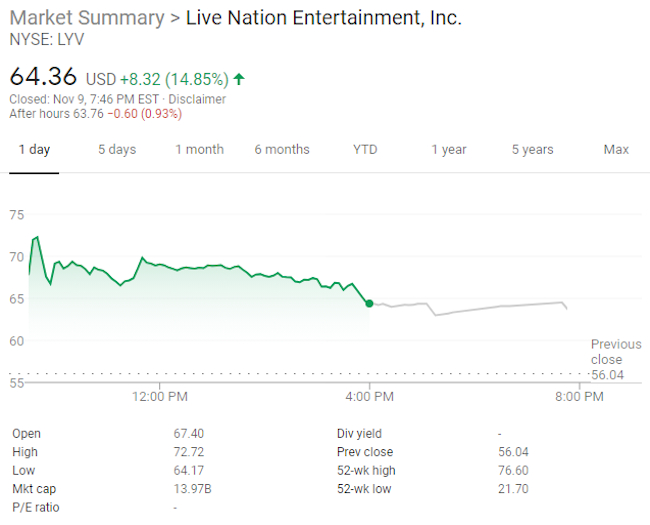 From a closing price of $56.01 on Friday, Live Nation stock climbed to $72.29 per share at 9:40 AM EST this morning. A small selloff appeared to then send the stock into the $66.74 range around 9:55 AM EST, and this value remained largely in place until some investors cashed out of LYV just before the market closed. Shares dipped to $59 apiece at 3:40 PM EST but finished the day at $64.36.

The latter figure marks a 14.85 percent ($8.32) boost from Friday’s aforementioned closing price as well as LYV’s best day-end value since pre-pandemic February. At the time of publishing, after-hours transactions had brought with them a small (60 cent/.93 percent) decline, and the stock’s per-share price was resting at $63.76.

In spite of the continued prevalence of COVID-19 health concerns and lockdown measures – as well as a 95 percent year-over-year falloff in Q3 revenues – recent weeks haven’t been without other positive takeaways for Live Nation.

The mega-promoter has been forced to make  significant cutbacks, including furloughing team members and implementing cost-saving measures, throughout the majority of 2020. But there might be light at the end of the tunnel.

Ten days ago, German medical professionals revealed the results of a survey they conducted over the summer, in an effort to learn more about COVID’s transmission risk at concerts. The 10-hour, 1,500-volunteer study’s results proved generally positive, as the organizers pinpointed a few simple precautions that may expedite the full-scale return of crowd-based events.

More immediately, Beverly Hills-based Live Nation emphasized in its third-quarter earnings report that 83 percent of fans are opting to forego refunds and hold onto their tickets in anticipation of live music’s comeback. Separately, 95 percent of those who responded to a “global survey” specified that they’re eager to resume attending concerts and festivals once government restrictions are lifted.

Needless to say, the reemergence of concerts and music festivals – which most execs remain confident will come sometime next year – won’t arrive a moment too soon for struggling venues and musicians. Today, vocal venue-lockdown critic Van Morrison revealed that his Lockdown Financial Hardship Fund, which is distributing $660 (£500) payments to in-need UK musicians, had been oversubscribed after less than one week. The Northern Ireland-born artist intends to roll out a second round of aid early next year.