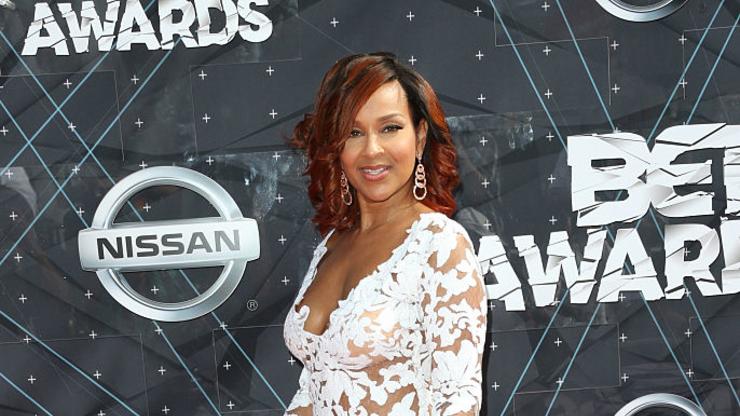 LisaRaye was visibly disturbed when her sister, Da Brat, surprised her on her birthday.

LisaRaye celebrated her fifty-third birthday last week and, as a nice surprise, her Cocktails with Queens co-hosts Vivica A. Fox, Claudia Jordan, and Syleena Johnson invited L’Raye’s sister Da Brat onto the show. They likely didn’t know that that would be a horrible idea as Brat and LisaRaye have not spoken in months.

The birthday girl couldn’t hide how upset she was that Da Brat surprised her on the show, staying speechless for six minutes before cursing everyone out. As one of her co-hosts said, “shit went all the way left”.

On a new episode of Cocktails with Queens, LisaRaye explained why she reacted as such, telling Fox, Johnson, and Jordan about how she expected to hear from her sister about her coming-out and her new relationship, but that she never did.

“That’s my sister, that ain’t going nowhere,” said LisaRaye about Da Brat, telling her co-hosts that she’ll always be close with her. “I just gotta wait until she feels comfortable to tell me about life… her life. Because I thought that I would know. But, evidently, I had to take a step back and I’m just trying to figure out how far back to step, that’s all. And if I step too far back, then you may have to take the long arm to get me back, is what I’m saying.”

She goes on to say that she has her own issues but that she never goes through them alone. Clearly, she was offended that Da Brat didn’t let her in on what was happening in her personal life.

It’s a shame that we all had to watch their uncomfortable reunion but, hopefully, it sparked a conversation post-show between the two sisters.