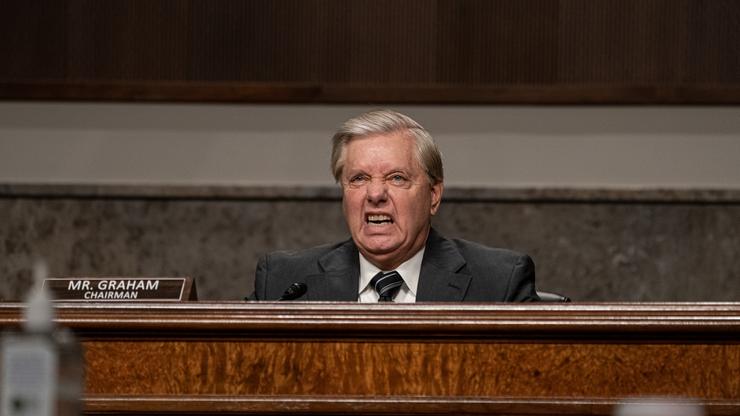 U.S. Senator Lindsey Graham boldly declared that the only Black people and immigrants who are protected from police brutality and harassment are the ones that are “not liberal” in the state of South Carolina. Graham dropped the shocking bomb during a debate with Democrat Jaime Harrison when they were discussing the topic of George Floyd and systemic oppression against Black Americans.

“What happened to Mr. Floyd was wrong and people should pay the price,” he said before adding that the public’s response to Floyd’s murder is “a war on the police itself.”

“Do I believe that our cops are systemically racist? No. Do I believe that South Carolina is a racist state? No and let me tell you why,” he said. “To young people out there, of color. To young immigrants, this is a great state. The one thing I can say without any doubt — you can be an African American and go to the Senate. You just have to share the values of our state,” he continued.

“I’m asking to every African-American out there. Look at my record. I’ve been supporting Historically Black Colleges and Universities,” he said. “I care about everybody. If you’re a young African American, an immigrant. You can go anywhere in this state. You just need to be conservative and not liberal.”

Didn’t he say he cares about everybody? Check out the clip below.