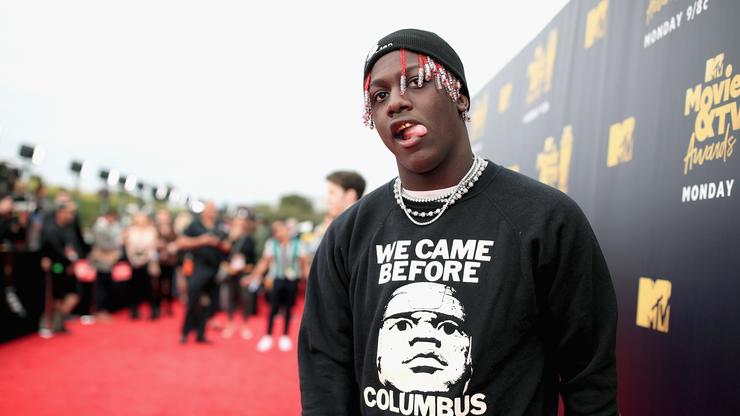 The comment section is full of hilarious comments from Yachty’s celebrity friends.

Lil Yachty is in the market for a “rich wife,” according to his latest Instagram post. On Thursday afternoon, the rapper shared a photo dump featuring four different selfies, and a cheeky caption letting any would-be sugar mama’s know that it’s time for them to shoot their shot.

“Tryna be a stay at home husband, need a rich wife,” the 24-year-old wrote.

The post as already earned just under 570,000 likes, as well as plenty of comments clowning Lil Boat for his caption.

As you may have expected, the comment section is loaded with hilarious replies to the “66” rapper’s antics.

“You can HELP make me a rich wife,” one person wrote.

“U are the rich wife sis…” another added.

One potential prospect inquired, “how rich we talking? I mean I got $357 in my bank account RIGHT NEOW.”

Back in 2020, Lil Yachty was known to be dating Selangie, but as of April 2021, Hollywood Mask reports that the fashionista is no longer following her former boo on Instagram.

The Georgia-born star has yet to reply to any of the responses in his comment section, but from the looks of things, it’s slim pickings for now, and most people would expect him to be the prize bread-winner in their relationship.

What do you think of the “Oprah’s Bank Account” rapper’s future fantasy of becoming a stay at home husband? Comment your thoughts below.