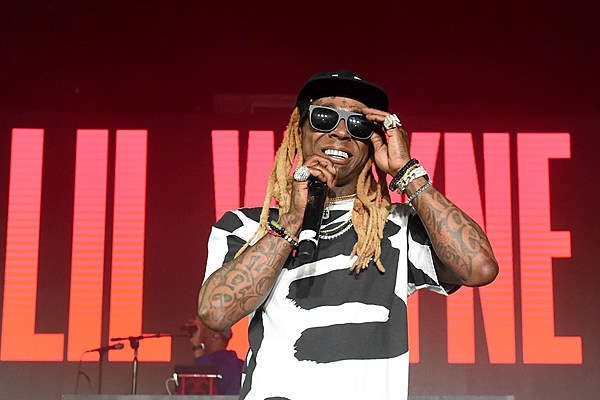 Lil Wayne continues what's been a resurgence within the last couple months with "Til She Lose Her Voice," a new track by DJ Spin and Whiiite. The track follows the release Turk's "Fuck How It Turn Out (Remix)," a track featuring Weezy and Kodak Black that was recently dropped.

DJ Spin and Whiiite's "Til She Lose Her Voice" featuring Lil Wayne sees him spitting over the DJ Spin and Whiiite-produced EDM beat as he flaunts his bedroom tendencies, which will eventually lead his lady to lose her voice.

“Oh, now she on the handstand, I'm her No. 1 fan/She the intelligent one, I'm just me with my dumbass/She a slim fine woman with some twerk with her/She ain’t got a lot ass, but I can work with her/She shake it like a dog, hop like a frog, ride it like a horse/ Screaming hard until she lose her voice," Weezy spits on the track.

Weezy's been a busy man in recent weeks. This past Christmas, he dropped f his eagerly awaited Dedication 6. Later, he linked with Zoey Dollaz for his "Mula (Remix)" and Drake for an interesting take on JAY-Z's "Family Feud." He's also got a new project with 2 Chainz on the way.

Check out "Til She Lose Her Voice" below.