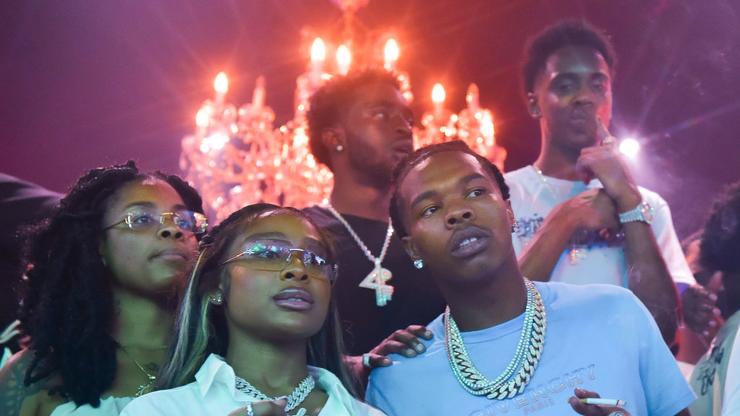 Video footage captured the rapper in the back of the event.

Lil Baby and Jayda Cheaves’ relationship hasn’t always been the best. The two dated for nearly six years and, throughout that time, produced a son named Loyal, traveled the world, and bought each other expensive gifts. While everything appeared to be fine between the two, infidelity ultimately ended their companionship.

The two called it quits in March this year when they exchanged words via social media. After the two went back and forth for a little while, Jayda let the world know that she was “finally standing up” and leaving the rapper alone for good.

Of course, internet users took her statements with a grain of salt, as the two were infamous for breaking up to make up. However, less than a month later, the mother of one assured everyone that she was not doubling back on her word.

Since then, the two haven’t had any more disputes on social media, forcing everyone to believe that they had cut ties. But, recent video footage alluded that they still share some sort of bond.

In celebration of her 25th birthday, the Georgia native threw a celebration filled with music, liquor, and friends. Throughout the night, the partygoers snapped pictures and recorded videos to cherish the moment later. While a lot of the content was posted online, one video, in particular, caught the attention of social media users.

In one clip, the camera bounced back and forth between Jayda dancing and Lil Baby standing on a wall in the rear of the building. Check out the video below.