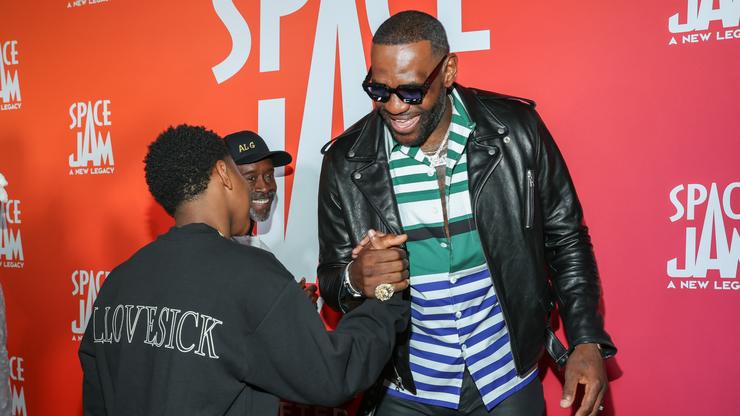 LeBron James is one of the best basketball players in the world and when all is said and done, he will be right behind Michael Jordan on the all-time list. Having said that, LeBron has also carved out quite a legacy for himself when it comes to the world of signature sneakers. Since 2003, LeBron has been putting out new models with Nike, and every single year, fans can expect new offerings.

To celebrate the release of Space Jam: A New Legacy, LeBron showed off a Tune Squad colorway of the Nike LeBron 19 which is his next signature model. Since that time, fans have been wondering what other offerings would be coming down the pipeline, and they were also asking when the shoe would officially be released to the masses.

Now, LeBron is giving us some clues in regards to the Nike LeBron 19 as he recently took to Instagram with a couple of photos of himself training with his new teammate Russell Westbrook. In the Instagram post below, you can see LeBron sporting a stealthy all-black version of the Nike LeBron 19 that truly stands out on the court. The silhouette itself is pretty unorthodox although LeBron certainly wears it well.

There is no telling just yet whether or not this is a colorway that will be released, however, triple-black offerings are common so we wouldn’t be surprised to see it on store shelves sooner rather than later.

Keep it locked to HNHH as we will continue to bring you the latest updates regarding the Nike LeBron 19.