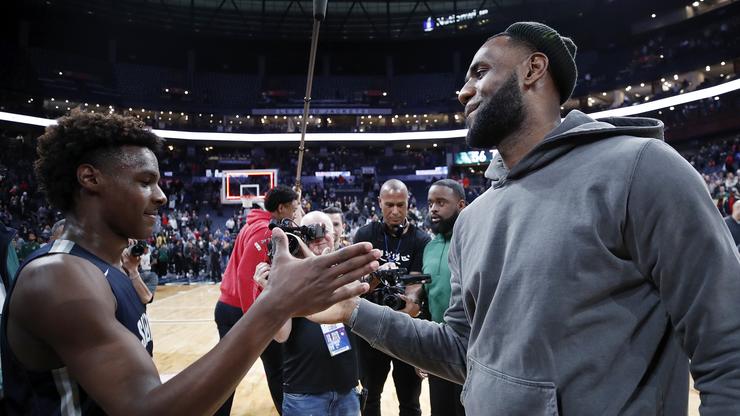 LeBron couldn’t be more proud of his son.

Bronny James Jr. will have some big decisions to make in the coming months as he is heading into his senior year at Sierra Canyon. The son of LeBron James is currently ranked 34th as a recruit in the United States and there will be a ton of universities gunning for his services. While his game will certainly be welcomed with open arms, there is no doubt that teams are also looking at the player as a marketing tool given his name.

With that being said, Bronny is still playing ball right now as over the weekend, he played in the EYBL. Bronny put on a show in the couple of games he partook in, and below, you can find a highlight reel that was made, showcasing the kind of job he did.

Typically, these highlights packages always seem to go viral, and LeBron is right there to encourage his son. Well, once again, LeBron fulfilled the prophecy as he took to his Twitter account with a very positive message for his son, saying “We just working! That’s all it is.” Needless to say, LeBron is very proud of what his son is accomplishing.

While it remains to be seen where Bronny will play college ball, there is no doubt he will be a massive draw, no matter where he decides to go.