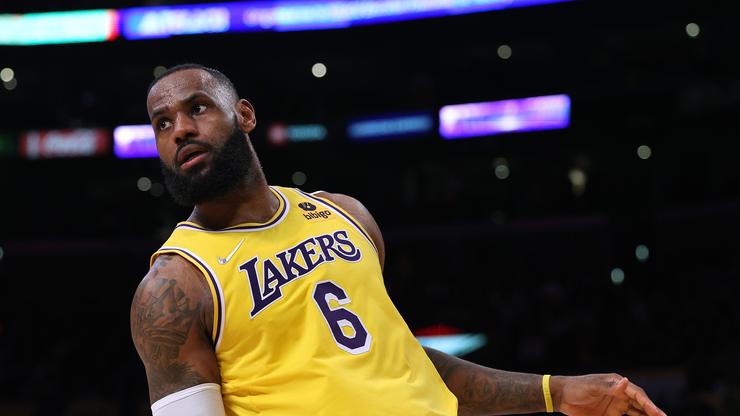 LeBron James is in the conversation for the greatest player in the history of the entire NBA. Of course, most fans claim that Michael Jordan is the real GOAT, however, if you were born after the year 2000, then your opinion is probably going to be heavily swayed towards LeBron as that is the era you grew up with.

This season, LeBron has been on a tear, however, it hasn’t always led to results for his Lakers. The purple and gold have struggled mightily at times this season, including last night when the Lakers fell to the Indiana Pacers thanks to a late-game collapse. Despite the loss, LeBron had 30 points, 12 rebounds, and five assists, which is a very solid night given the superstar’s age.

What was special about this stat line is the fact that it put LeBron in a category that has never been touched by another NBA star. With his 12 rebounds, LeBron hit the 10,000 rebound mark, which makes him the only player in the history of the league to have over 30,000 points, 10,000 rebounds, and 9,000 assists. At this moment, LeBron is just 92 assists away from 10,000, which will give him five digits in all of the three major categories.

LeBron is also looking to chase the all-time points record which is currently held by Kareem Abdul-Jabbar. LeBron is just 600 points behind Karl Malone for second, and he is 2,000 points behind Kareem. In just a couple of years, it’s likely that LeBron will officially have the record, which would truly be a historic moment in the history of the league.

Let us know what you think of LeBron’s achievement, in the comments section down below.