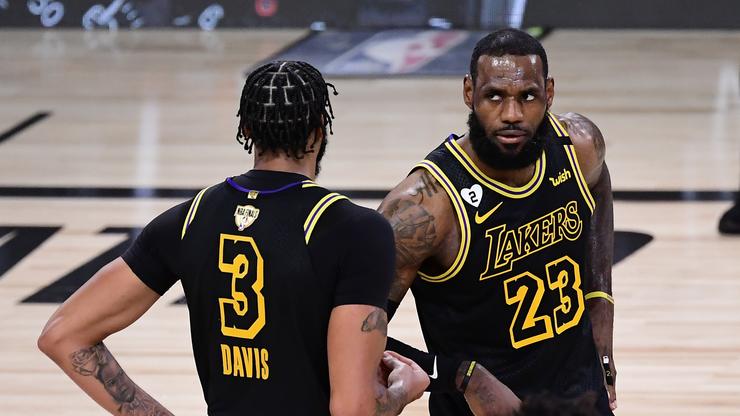 The Lakers’ play last night left a lot to be desired.

Last night was not very kind to the Los Angeles Lakers as they lost Game 3 of the NBA Finals in surprising fashion. Without his two best teammates, Jimmy Butler went out and scored 40 points in what proved to be a historic night for the Heat star. Now, the series is at 2-1 in favor of the Lakers, although it seems like the Heat may just have the momentum going forward, especially if they get Bam Adebayo and Goran Dragic back.

Perhaps the biggest story of last night’s game, however, was the fact that Anthony Davis had himself a difficult night as he got into foul trouble early and only managed to put up 15 points. Immediately after the game, LeBron spoke up about what Davis was going through and what he will have to do to correct it.

According to Ohm Youngmisuk of ESPN, LeBron said “The foul trouble made him a little passive because he wanted to be on the floor but couldn’t be his aggressive self offensively and defensively.”

With Game 4 going down on Tuesday, it’s clear the Lakers will be ready to bounceback. They have had at least one bad game in every single playoff series thus far, so their Game 3 performance shouldn’t come as a big shock.