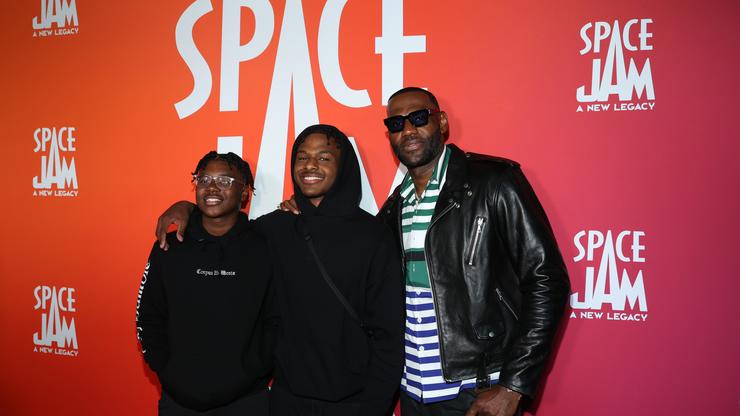 Next Friday, Space Jam: A New Legacy will finally release to the masses after years of rumors and filming. LeBron James will have the starring role in the film as he plays himself while on a mission to win an important basketball game alongside the Tune Squad. The antagonist in the film will be played by Don Cheadle as he takes on the role of an AI who is trying to keep LeBron stranded inside of this massive digital world that houses some of Warner Brothers’ most iconic characters.

In order to escape, LeBron must defeat the Goon Squad, and just like the first film, the players on the Goon Squad will be stylized versions of real-life professional basketball players. Today, a brand new 42-second trailer was released to the masses and in this clip, we are introduced to all of the characters that LeBron will have to defeat.

As you can see down below, the Goon Squad will be comprised of Damian Lillard, Anthony Davis, Klay Thompson, Diana Taurasi, and Nneka Ogwumike. All of these players are dominant in their respective fields and they are certainly going to put on quite the show in this new Space Jam film. It’s clear that each player will have their own unique power, and it should make for a very interesting time on the screen.

There are still plenty of skeptics when it comes to this movie, although for now, it remains clear that Warner Brothers put a lot of time and money into this picture. Only time will tell whether or not it paid off.