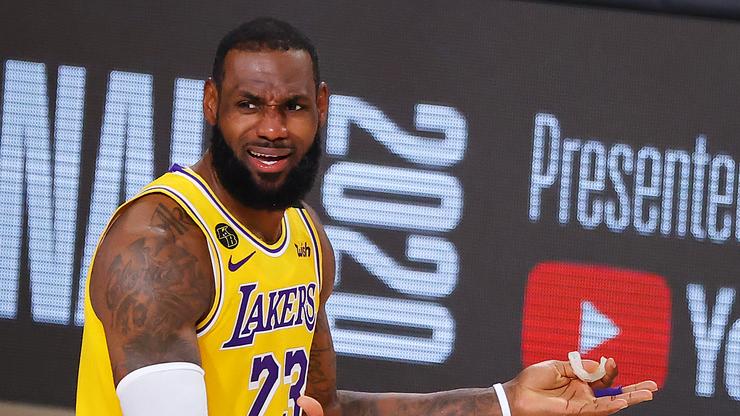 The Los Angeles Lakers took Game One of the NBA Finals, last night.

LeBron James and the Los Angeles Lakers went into Game 1 of the NBA Finals as huge favorites to win it all. In the first quarter, it seemed as though they were unraveling as the Heat took a shocking 23-10 lead. This was quickly obliterated as the Lakers got hot and went on a 75-30 run. For much of the game, the Lakers played with a 20-point lead and eventually won by 18 as the team got sloppy near the end of the match.

Following Game 1, LeBron spoke about the win and how he wasn’t exactly satisfied with how it all went down. As he notes in the video below, the Lakers were dominant for the good part of two quarters although the rest of the game left a lot to be desired. With that said, it’s clear the Lakers will be hungry to do better in Game 2.

Coming into this game, LeBron was 1-8 in NBA Finals Game 1s so this win was certainly a welcomed change from his usual trends. Based on that first game, it’s clear the Lakers are poised to end this quickly, although stranger things have happened.