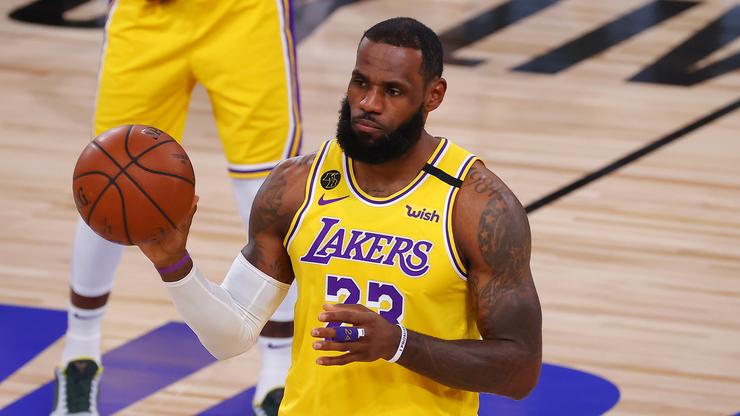 LeBron James has had a lot of motivation throughout his career.

LeBron James has been through a lot during his 17 seasons in the National Basketball Association. Coming into the league as an 18-year-old, the expectations were very high and he was able to live up to them. In just his fourth season with the Cleveland Cavaliers, James was able to lead his team to the NBA Finals, where they were eventually swept by the San Antonio Spurs. At the time, LeBron had some pretty horrific teammates, all while the Spurs were a bonafide dynasty.

After defeating the Miami Heat in Game 1 of the NBA Finals last night, LeBron spoke about his career and what has shaped him to be such a hungry player. As he explained, that loss in 2007 has fueled for a long time, and he still carries that with him, even well into his mid-30s.

“Well I mean, obviously they were the better team. Dealing with Timmy and Manu and Tony and Pop, Hall-of-Famers,” James said. “I knew it’d be challenging not only for myself, but for our franchise. I saw the way they approached every game, how they approached every possession. They didn’t make mistakes. They weren’t just happy with being there. They wanted to be great as a unit and as individuals as well and I sensed that as a 22 year old. That helped shape me year after year after year after year. Just holding onto that feeling of not being able to reach the ultimate goal and at the same time, having that adversity and having those moments that’s put me in positions where I’ve been throughout my career.”

With a 1-0 lead in the Finals, LeBron has an opportunity to win his fourth title, and it’s clear he is as locked in as ever to do so.