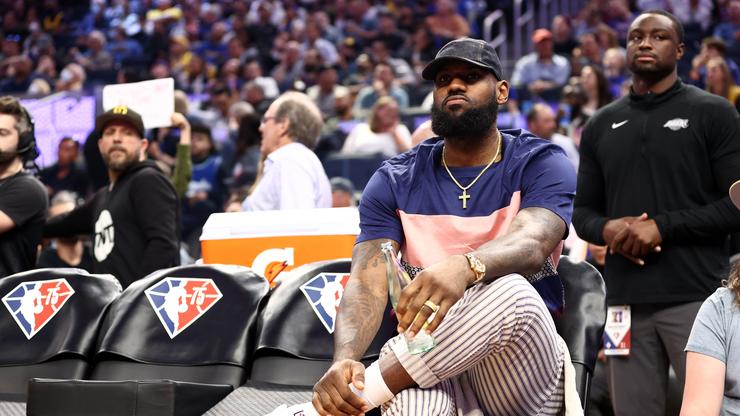 LeBron James is ready to take on his next big challenge.

LeBron James’ season did not end the way he was hoping it would. While he had a phenomenal statistical year, the 37-year-old suffered from bad teammates and a lack of overall chemistry within the Lakers. With Anthony Davis injured and Russell Westbrook struggling to keep things together, it became apparent very quickly that this team would not be able to compete for a title.

The Lakers didn’t even make it to the play-in tournament, which was a massive failure on all fronts. This annoyed LeBron to no end, and now, he seems eager to get back on the floor and show people what this Lakers team is all about.

The Lakers are looking to make big moves in the offseason, and when it comes to LeBron, he is working harder than ever. He is about to embark on his 20th season in the league, which is no easy task. He needs to be in the best shape possible, and this latest workout is proof that he is taking it seriously. For instance, he got to work with shooting coach Chris Brickley and as you will see, LeBron’s still got it despite all of the NBA mileage he has on his body.

While the Lakers aren’t guaranteed to make a run for the title this year, they can’t be any worse than they were this past season. With that said, stay tuned to HNHH for updates from the NBA offseason, which begins on June 30th.