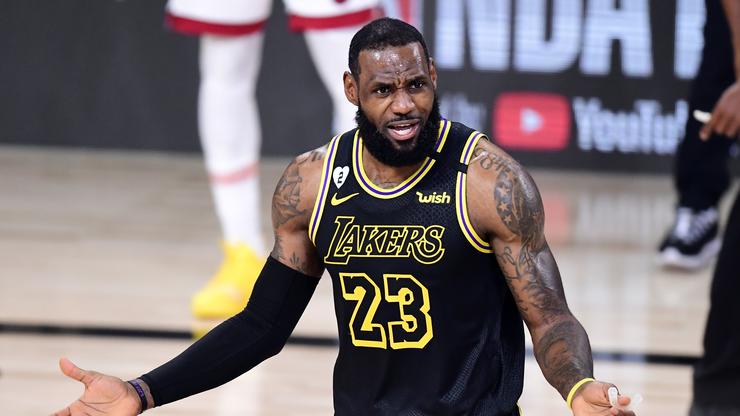 LeBron James and the Los Angeles Lakers have been dominant throughout the NBA playoffs, especially in the Finals, where they are now up 2-0 in the series against the Miami Heat. Oddly enough, this is the first time LeBron has ever been up 2-0 in a Finals series, which spells trouble for the Miami Heat, who have had no answer for the Lakers offense, thus far. At this point, it looks like the Lakers are going to finish this series off swiftly, with Game 3 going down on Sunday.

After Game 2, it appears as though LeBron tried to get some rest, but in the end, it was all for nothing as the adrenaline kicked. Moments ago, LeBron took to Twitter noting that he hasn’t been able to sleep since the big win and that he is completely locked in to finish this series off.

LeBron has noted that since entering the NBA bubble, he has never been so locked in, throughout his entire career. Needless to say, the Heat are in big trouble moving forward, as LeBron looks to end this series as quickly as possible.