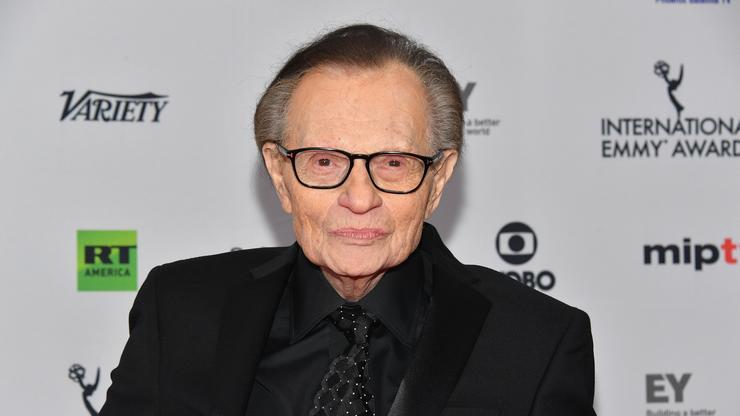 Legendary television host Larry King has been hospitalized with COVID-19.

Veteran talk show host Larry King has been hospitalized with COVID-19, after falling ill 10 days prior.

Neither King’s wife, Shawn, nor their two sons, Chance and Cannon, are able to visit him in the hospital. King and his wife are in the midst of a divorce but remain on good terms.

King has suffered from a number of serious health scares in recent years including a heart attack, a stroke, prostate and lung cancer, and diabetes. In November, he was hospitalized with a blood-flow issue on his 87th birthday.

COVID-19 has taken a toll on King’s family. Earlier this year, the broadcasting legend revealed that two of his children died after contracting the virus:

“It is with sadness and a father’s broken heart that I confirm the recent loss of two of my children, Andy King, and Chaia King. Both of them were good and kind souls and they will be greatly missed,” King wrote on Facebook in August. “Andy passed away unexpectedly of a heart attack on July 28th, and Chaia passed on August 20th, only a short time after having been diagnosed with lung cancer. Losing them feels so out of order. No parent should have to bury a child.”