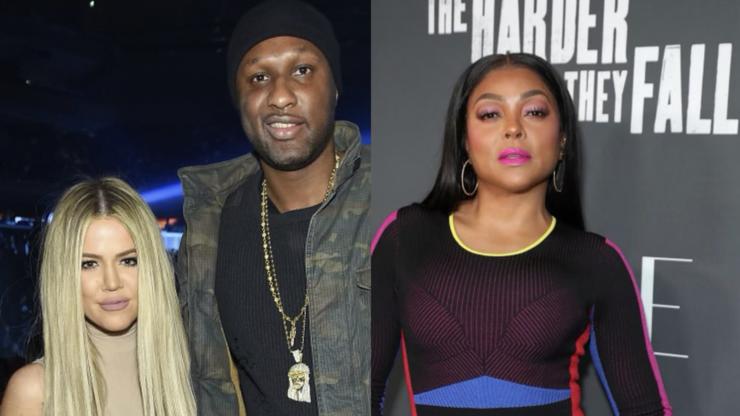 Odom said that things ended between he and the “Empire” actress because he was an “immature punk.”

Lamar Odom and Khloe Kardashian’s relationship was a messy one, to say the very least. Fans of the reality stars may have seen the couple’s tumultuous union play out on their TV series, or in the tabloids, but a 2019 interview given by the professional basketball player has unveiled some new information that’s taken many people by surprise.

While chatting with TV One’s Uncensored crew, the 42-year-old shared that, before he and the mother of one got together, he was spending time with What Men Want star Taraji P. Henson – a relationship that apparently, not a lot of fans knew about.

“I met Taraji at [an] HBO party. I met her and we hit it off right away,” the retired NBA player explained, admitting that he “really, really started liking her,” and that he wishes he “would’ve done things [differently]with her.”

Odom went on to say, “She was a little older than me but I learned a lot from her because that was the most significant relationship as a grown-up that I had with a Black woman.” He added, “I used to carry her picture on the road with me,” speaking of his time spent playing for teams like the Clippers and the Mavericks.

The father of three commended Henson for her ability to inspire him. “‘She gave me inspiration… A Black woman working like that, that’s just as good at her craft as I am in my craft.” When speaking on why a relationship that was clearly so influential and important to him ended, the New York-born athlete explained, “Things ended with Taraji because of me being an immature punk.”

“I didn’t know how to tell her that I was falling in love with another woman named Khloe Kardashian,” he revealed, admitting that he ultimately chose the Keeping Up With the Kardashians alum over the 51-year-old.

Twitter had a lot to say about the trending video, with some suggesting that Khloe’s complicated relationship with her baby daddy Tristan Thompson is “karma” for her “taking” Odom from his ex, and others pointing out that it wouldn’t be the first time the 37-year-old has done such a thing.

Check out the reactions below.