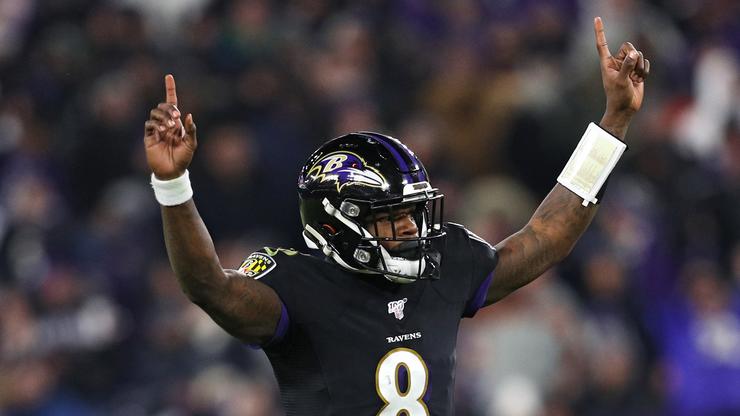 Lamar Jackson passed Dan Marino for the most wins by a quarterback under the age of 25.

Lamar Jackson set an NFL record after the Baltimore Ravens’ 34-6 win over the Los Angeles Chargers, Sunday, for the most victories by a quarterback under the age of 25. Jackson now has 35 wins under his belt.

“That’s pretty cool, I guess,” Jackson said when asked about setting the record. “I don’t know to say after that. It’s cool. Got to keep going.”

When asked whether records are important to him, he answered: “We are on a roll for something else. If we break records, it happens. But we want something else.”

The previous record-holder was legendary Dolphins quarterback Dan Marino, who played in the NFL from 1983–1999.

“That’s the biggest one,” Ravens coach John Harbaugh said of the record. “I promise you, that’s the one Lamar is the most proud of and that’s one we’re all most proud of, absolutely.”

The Ravens are now 35-8 under Jackson over the last four seasons. In that time, the superstar quarterback has thrown for 8604 yards, 76 touchdowns, and 21 interceptions. Being one of the best duel-threat quarterbacks of all time, Jackson has also rushed for 3247 yards and 21 touchdowns during his career.

Earlier this week, Louisville announced that the school is retiring Jackson’s number.