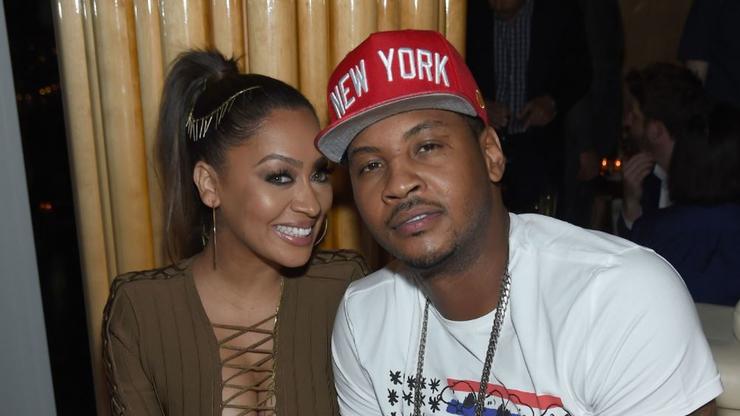 She talked about how it “hit [her] hard” and detailed what her DMs have been like since becoming a single woman once again.

Her marriage to Carmelo Anthony has reached its conclusion—possibly permanently this time around—and LaLa Anthony is ushering a new chapter of her life. Her fans have watched as she uploads a steady stream of thirst traps and poses with her uber-famous best friends including Kim Kardashian and Kelly Rowland. The actress caught up with Angie Martinez and discussed what this new season of life has been like for her.

“I haven’t really talked much about this, but I am in a new phase and chapter of my life,” said LaLa. “I didn’t think at this phase I would be entering into being single so, now I gotta readjust so I can, can’t be out here looking kookoo crazy. I’m trying to get some DMs poppin’. I’m tryin’ to see what’s going on!”

LaLa explained to Angie that she and her friends compared DMs and found that the same men were reaching out to all of them with copy and pasted messages. Angie guessed that it was a high-profile man who did that, and LaLa confirmed without giving up names.

Elsewhere, La La discussed her divorce and admitted that although things may look as if she’s handling everything with ease, the breakup was quite difficult.

“Nah, that sh*t hit me really hard,” she said. “It came outta nowhere. I wasn’t expecting—I’ve heard so many times like, even a lawyer said once, ‘Well, he’s a basketball player, what did you expect?’ To be honest, I didn’t expect that. I didn’t go into this marriage expecting that, so I was caught off guard.”

Watch the interview in full below.