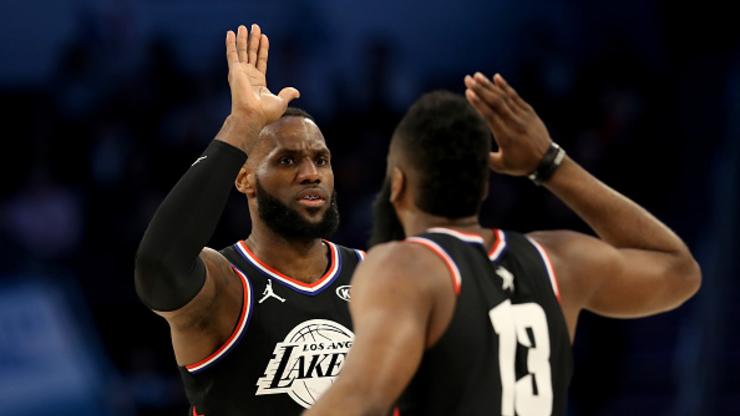 LeBron maintains top spot while Caruso climbs to fourth among guards out West.

The second to last NBA All Star fan vote returns were revealed on Thursday afternoon, and Los Angeles Lakers superstar LeBron James still holds the most votes any player in the league. In fact, there are three Lakers players racking up the fan votes at the moment.

In addition to Anthony Davis, who is second among Western Conference front court players, third-year guard Alex Caruso aka “The Goat” has climbed all the way to fourth among guards in the West. He currently ranks ahead Russell Westbrook, Donovan Mitchell and Devin Booker, among others.

In the East, Milwaukee Bucks superstar Giannis Antetokounmpo is still the leading vote-getter with a total 4,474,107 nominations. Assuming both he and LeBron hold on to their leads, we’ll be looking at Team LeBron vs Team Giannis for the third consecutive time in the All Star Game.

The vote for All-Star Game starters will also include contributions from NBA players and the media, but the fans will account for 50% the vote. Fans will be able to cast their vote up until Martin Luther King Jr. Day, Monday, January 20 at 11:59 p.m. ET.