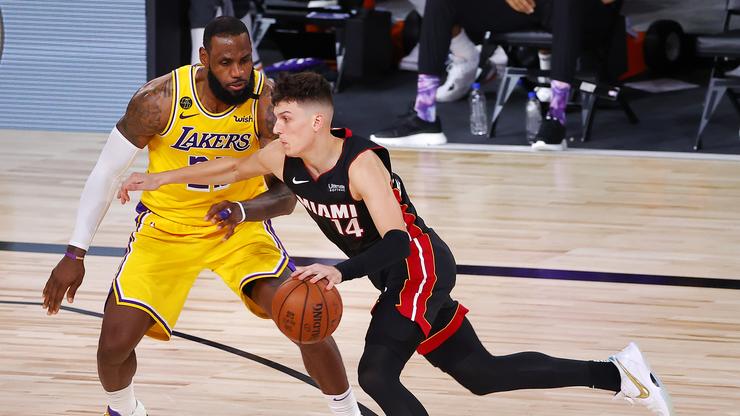 The NBA Finals are off to a rocky start when it comes to ratings.

NBA fans were elated on Wednesday night as the NBA Finals began. Game 1 featured the Los Angeles Lakers and the Miami Heat, with the Lakers taking the first game in very convincing fashion. Now, the Lakers find themselves in complete control, especially with the Heat suffering a multitude of injuries. By now, it is almost a forgone conclusion that Los Angeles will win the Larry O’Brien trophy, but Heat supporters are still holding out as much hope as possible.

According to CNBC, the excitement for the NBA Finals didn’t necessarily result in good ratings. In fact, Wednesday night’s game had the lowest ratings of any NBA Finals game since 2003, when the Spurs played the New Jersey Nets. 7.14 million people tuned into the ABC broadcast which is 600 thousand fewer people than the aforementioned Spurs-Nets game. It was also noted that this Game 1 had 45 percent lower viewers than Game 1 last year when Toronto got to take on Golden State.

This is certainly a reason to be concerned for the NBA, who have had lower ratings all throughout the bubble. Every single sport has had issues with TV ratings, which could potentially point towards an uptick in streaming.

Regardless, with the Lakers in full control, it remains to be seen whether the ratings will improve, at all.