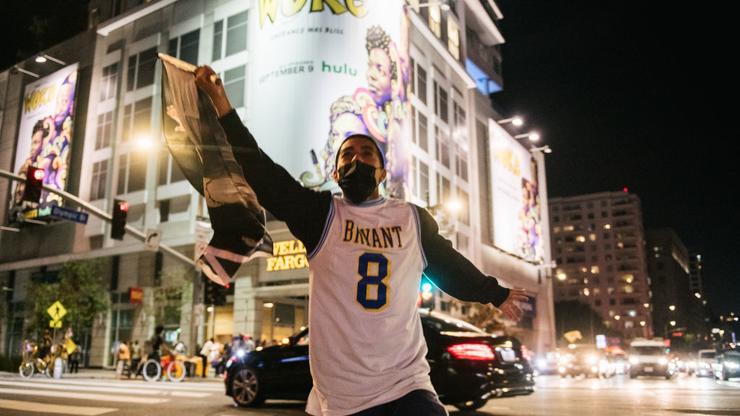 Lakers fans will not tolerate disrespect to a legend.

When Kobe Bryant tragically passed away back in January, Los Angeles Lakers fans rallied behind their team as they looked to dedicate the season to Kobe. In the end, the Lakers did not disappoint as they finished first in the Western Conference and even went on to win the NBA title while secluded in the Orlando bubble. It was the perfect end to a difficult season that was full of heartbreak and even greater hardship.

Thanks to this big win, fans decided to take to the streets of Los Angeles over the past week, where they celebrated the team’s triumph. Unfortunately, the celebrations became violent at one point, as a passerby decided to do the unthinkable, and disrespect Kobe Bryant. In the tweet below, it is alleged that a man said “Fuck Kobe,” which resulted in a beatdown from surrounding Lakers fans. The entire beating was captured on video, and you can see fans kicking the man while he is down.

As the poster of the video notes, Kobe Bryant disrespect will not be tolerated in Los Angeles, and nine out of 10 times, it will result in some sort of violence. Bryant is a beloved figure and considering the circumstances around his death, it’s best to just shut up if you have nothing good to say about him.

Moving forward, Lakers fans will be looking to celebrate their latest victory in peace.