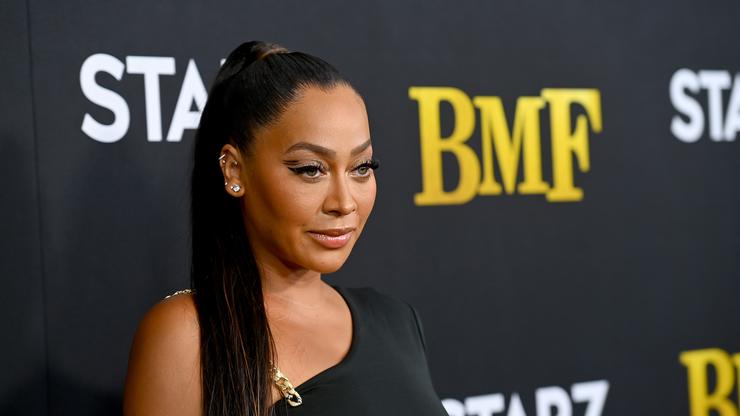 “I felt my heart racing all the time,” she said, adding that she thought she was just stressed out. However, she had a heart condition.

Fans often believe that they know the ins and outs of a celebrity’s life due to the never-ending cycle of entertainment updates, interviews, and social media posts, but La La Anthony made a recent revelation that shocked the public. The actress has been sharing more of her journey throughout 2021, especially after it was announced that she and husband Carmelo Anthony were divorcing, and in an interview with Self, La La shared she also underwent life-threatening heart surgery.

Back in 2019 while filming the updated 90210 series, La La was diagnosed with premature ventricular contractions or PVCs. Back in June, she felt ill and was taken to the hospital where she underwent emergency surgery.

La La was suffering from an irregular heartbeat and while doctors previously informed her that she would have to endure a cardiac ablation, she couldn’t delay the procedure any longer.

“There were a lot of scary moments,” she told Self. “They would wake me up during the procedure and say, ‘We’re going to speed your heart up now…just take deep breaths.’… Those doctors were just so incredible. But it was a terrifying experience.”

“I felt my heart racing all the time, but because it’s all I ever really knew, I didn’t even know that it was necessarily something wrong,” she said. “I just thought, Oh, you just feel your heart racing sometimes because you’re working too much, you haven’t slept, you’re stressed. You know, we, especially Black people, like to self-diagnose. We got all the answers.”

La La added that it was her son, Kiyan, who convinced her to speak openly about her condition in an effort to help encourage others to pay attention to their bodies.  “Life is short. We’ve learned that from the pandemic. We learned that from being in quarantine. You want to be able to live it to the fullest, and you don’t want something that can easily be corrected to be a reason why you’re not able to enjoy life or be there for your family or your friends. Use me as an example of why not to wait.”