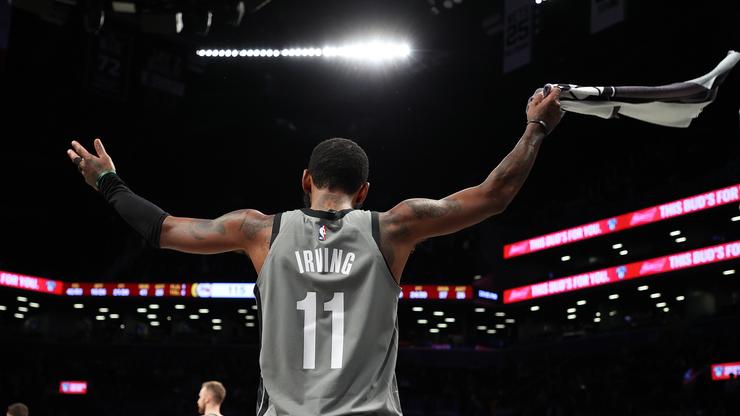 Kyrie Irving is at peace with the criticism he faces.

Kyrie Irving has been the subject of a whole lot of criticism over the course of his career. Due to some of his behavior with teammates and his views on flat earth, the media has had a turbulent relationship with the Brooklyn Nets superstar. Irving has always pushed back against this criticism and has lashed out at those who create clickbait. Regardless of what Kyrie may say, he knows exactly what he’s doing when he throws some of his comments out there.

A few months ago, Kendrick Perkins had a harsh assessment of Irving as he called him a “bird brain,” noting that a bird would fly backward if it had Kyrie’s brain. These are some pretty rough comments and in a recent interview, Kyrie explained how he felt about them all.

“That’s his opinion nor do I feel disrespected by anything like that. . . I take the criticism serious from the people I respect,” Irving said.

Kyrie has been in the news quite a bit this past week after some comments about LeBron James and his abilities at hitting clutch shots. Time and time again, Irving finds himself in this spot, although he maintains that it’s not his fault people talk about.

Needless to say, Kyrie is going to continue to have peculiar things to say.