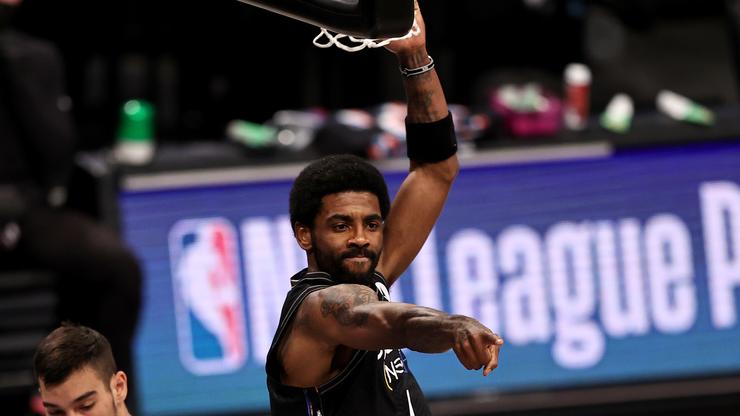 Kyrie Irving flipped off Boston fans during the Nets’ loss to the Celtics.

Kyrie Irving went at it with Boston fans during the Brooklyn Nets’ 115-114 loss to the Celtics during Game 1 of their playoff series on Sunday. The former Celtics point guard flipped off fans and told one heckler to “suck my dick.”

Irving scored a team-high 39 points in the game, which came down to the final seconds.

“When people start yelling ‘pussy,’ and ‘bitch’ and ‘fuck you’ and all this other stuff, there’s only but so much you can take as a competitor, and we’re the ones expected to be docile and be humble and take a humble approach,” Irving said after the game. “Nah, fuck that. It’s the playoffs.”

Irving played for the Celtics from 2017 to 2019, before he left to join Kevin Durant and the Nets, causing a rift between himself and Boston sports fans.

As for how he handles it on the basketball court, Irving remarked, “it’s the dark side, embrace it.”

Check out clips from the game, as well as Irving’s explanation of his behavior below.