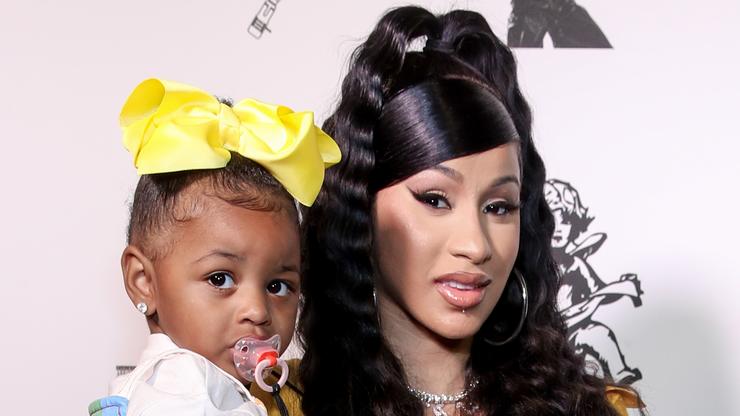 It appears Kulture is running the Cardi B/Offset household. On Thursday night, Cardi B posted a video to Instagram of herself wearing a corset and posing seductively in front of the camera. A few seconds in, Kulture calls out for Cardi and pokes her head into the frame, trying to scope out what exactly her mother was doing. Cardi came to an abrupt stop upon Kulture’s appearance, captioning the video, “I can’t even be sexy in peace.”

With Cardi having called off her divorce with Offset earlier this month, things between the pair seem to be running smoothly. Rather than being at odds with one another, the two have instead focused their time this month encouraging voter turnout among their fan bases and sharing priceless family moments like this one. Clearly, this isn’t the first time Kulture has interrupted her mother’s antics, as Cardi’s reaction indicates this is simply another day in the life. Watch the adorable video below.

Earlier this week, Cardi B was named Billboard’s Woman of the Year. Despite not having dropped her sophomore album yet, her song, “WAP,” featuring Megan Thee Stallion has topped the charts since its release in August, both enamoring and angering folks worldwide with its unapologetic promiscuity.