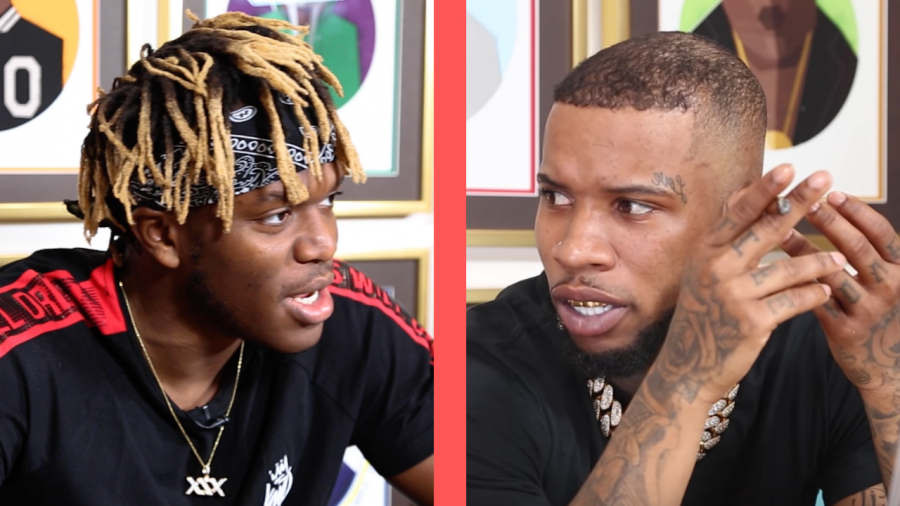 Hollywood, CA – British rapper KSI is confident that he can take on anyone that he enters the ring with! During a conversation with HipHopDX, KSI revealed that he believes that he could crush 50 Cent, Tory Lanez and Wiz Khalifa in a fight.

When asked about a potential fight with the Chixtape 5 spitter, the 26-year-old said that he would finish him. “Oh, yeah, yeah, yeah, I’d finish him,” KSI began. “I feel like once I hit him once, he would be like, ‘Nah, I’m good. I’m going home.’”

Although he feels as if he could take on 50 Cent, KSI pointed out that he has nothing but love for him at the end the day. “I love 50 man, he’s such a clown on Instagram. It’s so funny. He literally just destroys people,” he said.

FINALLY GET TO SEE HIM FACE TO FACE TOMORROW AT THE PRESS CONFERENCE, 9PM UK TIME, LIVE ON MY MAIN YOUTUBE CHANNEL. If you’re in LA, come through and support your boy @dazn_usa @matchroomboxing

Back in September, KSI came out a winner when he went up against Logan Paul. To KSI’s surprise, he thought his competitor would’ve put up more a fight.

“I expected him to bring more to the fight,” the “Down Like That” musician revealed. “I thought he would really try to fight me because he had so much talk and confidence.”