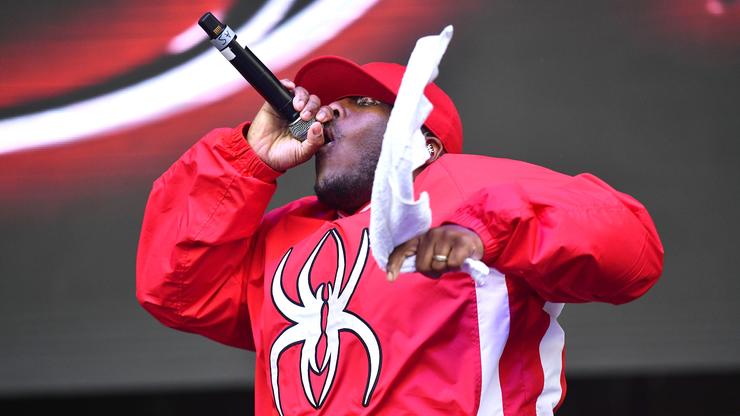 The end an era.

It’s unfortunate to report that Krizz Kaliko, a mainstay in the Strange Music family, has ficially parted ways with the label. The news was confirmed by Travis O’Guin Strange Music, and shared by a distraught Tech N9ne. From the sound it, a variety factors led to the decision, though Kaliko himself has yet to expand upon them. He did issue a statement to his fans on Twitter, thanking them for the support and love. He also thanked Tech N9ne on Instagram, writing a heartfelt message to the legendary Chopper.

“As I’m sure many you have realized, and perhaps many you haven’t, Krizz has not released any new music since his album, Go, on April 8, 2016,” begins O’Guin. “I’m pretty certain that nobody knew that Krizz was actually out a contract when that was released. Krizz and I did a quick agreement to cover the release that album, with the anticipation entering into a new multi-album contract shortly thereafter.” Despite having sent Kaliko the contract two and a half years ago, however, a deal was never able to manifest.

“I’m also aware that he feels his music hasn’t reached as many people as he would’ve liked and it caused him to really contemplate where the future will take him,” continues O’Guin. “However, I’m well aware how important Krizz’s music is to the massive amount people that it has, indeed, reached. This point has been made incredibly obvious over the last few days.” Sadly, Krizz decided to pursue another direction, leaving Strange contractually obligated to remove his presence from their website.

For those familiar with Kaliko and the greater Strange Music movement, the news should hit particularly hard. Krizz has been riding with Tech since the outset, having worked together since the early days  Absolute Power’s “I’m A Playa.” Since then the pair have been inseparable collaborators and friends, as evidenced Tech’s brief yet impactful status. His sadness has been matched by Strange’s loyal fans, who have taken to the comment section to lament the development.