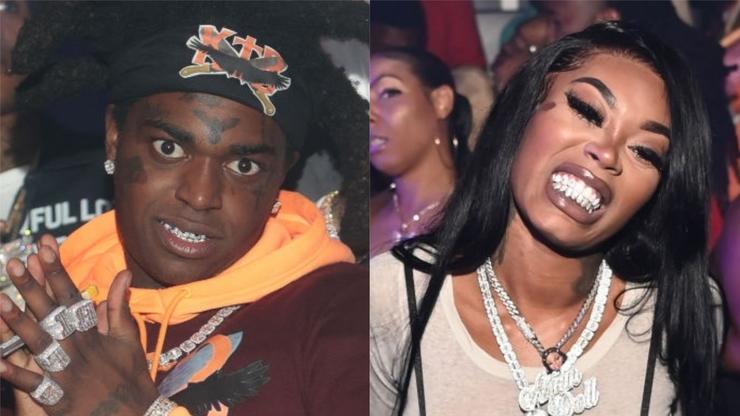 Kodak Black disses Jackboy, tells Asian Doll she should be dating his friend Syko Bob instead.

Florida rapper Kodak Black clearly still has a lot of animosity toward Jackboy, one of the artists that was formerly signed to his label. The two have been going back-and-forth on social media for months and most recently, it looked like they were both ready to move past their differences. On multiple occasions, Jackboy has refused to speak ill about Kodak, but Yak hasn’t been as respectful with his old friend.

Jackboy recently spoke about his feud with Kodak Black for On The Come Up, but he never got a chance to respond to his ex-friend seemingly trying to ruin his current relationship.

After Asian Doll tweeted about how she wants a Lamborghini truck for her birthday, which is coming up in December, Kodak Black responded to her and told the Dallas-based rapper that she chose the wrong man to date in that case, dissing her boyfriend Jackboy and indirectly calling him broke.

“Das Why You Posta Been Wit @sykobob1k,” replied Kodak to the tweet, trying to hook up his homeboy Syko Bob with Asian. By now though, Kodak has to know that she has been spending a lot of time with Jackboy though, so this is probably his way of trolling an old friend.

What do you think of the latest wrinkle in the feud between Kodak Black and Jackboy? Was this petty on Yak’s part?