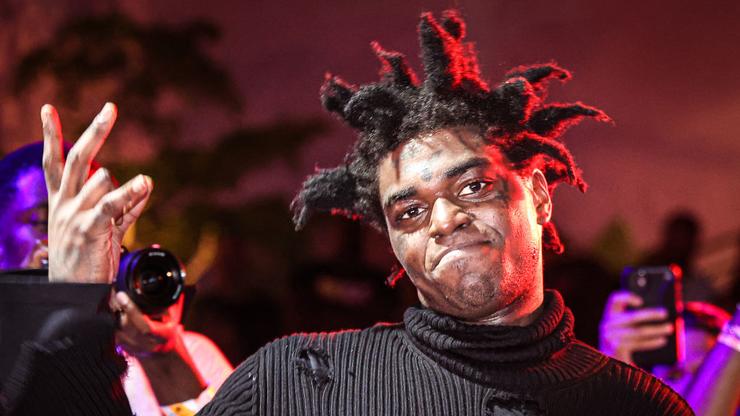 Kodak Black isn’t choosing sides between NBA YoungBoy and Lil Durk, backing them both in his new interview with DJ Akademiks.

The multi-layered feud between YoungBoy Never Broke Again and Lil Durk has been at the center of conversation for the last week after 21 Savage appeared on DJ Akademiks’ podcast Off The Record and said that some rappers refuse to work with YoungBoy because of their loyalty to Durk. Because of what happened between Quando Rondo (one of YoungBoy’s artists) and King Von (one of Lil Durk’s artists) at the end of last year, there have been major tensions between Durk and YoungBoy, with some fans fearing retaliation on either side.

During 21 Savage’s conversation with DJ Akademiks, he said that many rappers have to pick and choose whether they want to work with NBA YoungBoy or Lil Durk, saying, “You don’t have to pick sides, but you gotta be a certain type of artist to be in the middle.” He name-dropped artists like Post Malone, who likely wouldn’t have any issues working with either one of the artists, but said that other more street-savvy rappers would need to watch their step.

Kodak Black, on the other hand, isn’t interested in choosing sides. During his own appearance on Off The Record with DJ Akademiks, Yak said that, despite his feud with YoungBoy, he’s not picking sides between the 21-year-old superstar rapper and Durk.

Speaking about his favorite artists, Kodak mentioned Plies before moving over to YB.

“I vibe with NoCap and YoungBoy, I ain’t even gone lie,” he said. “And me, of course, I’m fucked up ’bout myself. I ain’t gonna lie, Lil Durk slide. Lil Durk pressure.”

When Akademiks brought up the issues between Durk and YoungBoy, Kodak clarified, saying, “I ain’t speaking on no one, them n***as innovate. Lil bruh great! That boy a GOAT. I don’t feel like I gotta do a bitch ass thing. Both of them boys make great music. YoungBoy, he like a lil bro. Durk’s great too, he makes great music. As long as a n***a don’t find me and make me feel like I gotta pick no sides or no crazy shit, it’s music at the end of the day. I know shit could go down, like, if a n***a feelin’ like, okay, I’m finna hit this bitch up, this lil video shoot or this tour bus, if a n***a ridin’ in the crossfire, that’s just what it is.”

Listen to Kodak’s comments below, and read about what he had to say about his love for Donald Trump here.