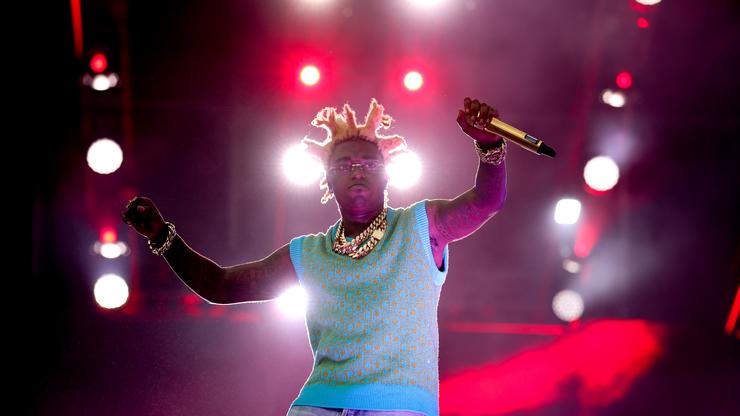 A TikTok user shared a video where they claimed Kodak stopped making it rain when a dark-skinned dancer took to the stage.

For years, Kodak Black has faced accusations of colorism and the rapper is back in the hot seat. It was in 2017 when he chatted with ChaneyTV and was asked about his controversial remarks regarding skin tones. He said although he is attracted to Black women, he doesn’t like those that share his complexion because, he said, they’re “too gutter,” adding that “light-skinned women [are] more sensitive.”

This wasn’t the only time that Kodak’s apparent preferences have caused a debate, but a more recent clip of the rapper at a strip club has amassed a backlash. A TikTok user shared a video that show Kodak enjoying his time with the performers as he made it rain in the club, but the social media user accused Kodak of purposefully ignoring a dark-skinned dancer.

“I went to booby trap last night …Kodak Black pulled up,” the person wrote. “He was so lit turning up all night on every girl. He spent so much money … until!!! A dark skin girl got on stage He completely stopped tipping.” In the video, Kodak is seen standing on stage while the darker-skinned dancer was working her magic on the pole.

“She was so entertaining… I never believed in colorism until tonight,” the person added. “It’s real I felt bad for her. I can tell it killed her spirit she just turned down .. [crying tear emoji] darkskin girls have it hard ….sheeesh And it be from our own people.”

OnSite reposted the TikTok clip and Kodak jumped in their comments to deny the allegations of colorism.

“WHOEVER RECORDED THAT LAME AF I THREW MONEY ON ALL KINDA WOMEN , MY MONEY DONT RUN OUT IN DAT CLUB EVERYBODY LOVE ME THERE,” he wrote. “I LOVE DARK WOMEN THEY QUEENS WIT DEY BLACK ASS [sideways crying laughing emoji] FAXTZ THO THEY BEAUTIFUL.” Check it out below.