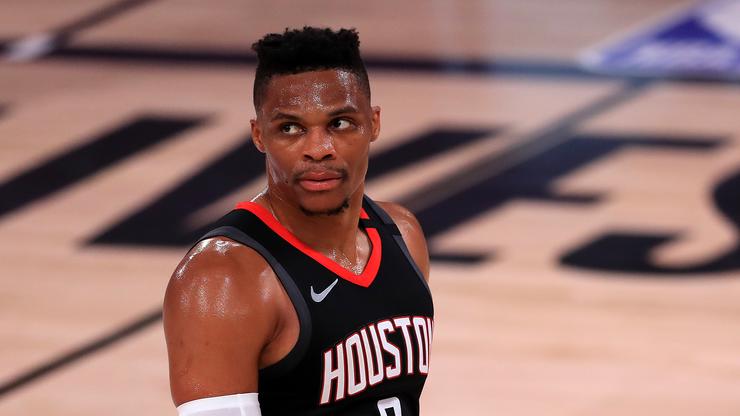 There are numerous teams who could use a player like Russell Westbrook.

Russell Westbrook made headlines this past week as it was revealed that he no longer wants to play for the Houston Rockets. After just one season with the team, it would appear as though Westbrook is no longer happy with his surroundings and wants a change. So far, it has been reported that there aren’t too many trade suitors right now, especially when you consider Westbrook’s massive contract that still has $132.6 million left to be paid out over the next three years.

The Charlotte Hornets are reportedly in the running for Westbrook and now, according to Marc Stein of The New York Times, the New York Knicks are a viable option, as well. Stein says the Knicks are currently on the short-list of trade options and as long as they are okay with Westbrook’s contract, there is a good chance they try and pull the trigger.

For now, it is still up in the air as to where Westbrook will go. This is mainly because the free agency period has not officially opened yet, although there is a belief that the trade embargo will be lifted shortly, which means some big updates could be on the way.

Stay tuned for updates on Westbrook as we will be sure to bring you all of the latest information.