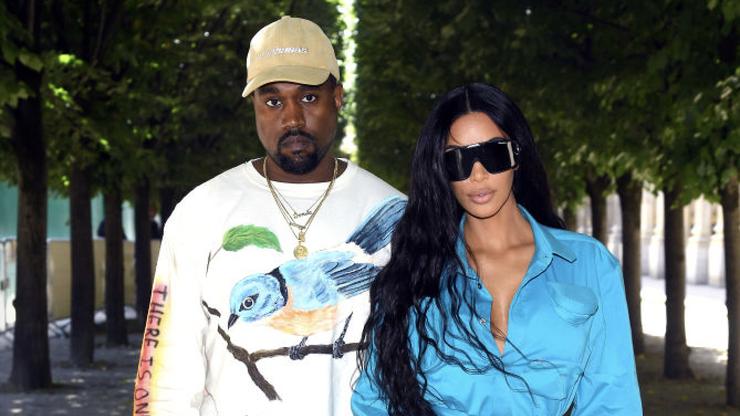 The mother of four has been doing plenty of interviews ahead of ‘The Kardashians’ premiere this week.

As the premiere of The Kardashians inches closer and closer, Kim and her four sisters have been doing plenty of press, discussing everything from the name of Kylie Jenner’s newborn son after she and Travis Scott decided to change it to Kanye West‘s new relationship with Chaney Jones, which the socialite dove into during her appearance on the Not Skinny But Not Fat podcast.

On Tuesday, April 12th, the 41-year-old’s interview hit streamers, and listeners got to find out where she and Ye currently stand. As TMZ points out, Kim noted that she and her ex don’t communicate a lot at the moment, but she’s confident that will change in the future, allowing them to have a healthy co-parenting relationship.

The KUWTK star also mentioned Ye’s current girlfriend, 24-year-old Chaney Jones, revealing that the lookalike comparisons between the two don’t bother her, and clearly, the father of her children has a type.

Kim made it clear that she wants The Life of Pablo artist to be happy in his life, and also tells fans of Kimye that they don’t have to choose between them in the divorce – you can have equal love for both parents.

Elsewhere in the interview, the KKW Beauty mogul dished on her new relationship with Pete Davidson, taking us back to the first time that they locked lips on the set of Saturday Night Live.

Most recently, the fashionable duo met up with Lauren Sanchez and her beau Jeff Bezos for dinner at A.O.C. in West Hollywood – read more about that here.

Check out Kim Kardashian‘s full Not Skinny Bot Not Fat interview on Spotify above, and tap back in with HNHH later for more pop culture news updates