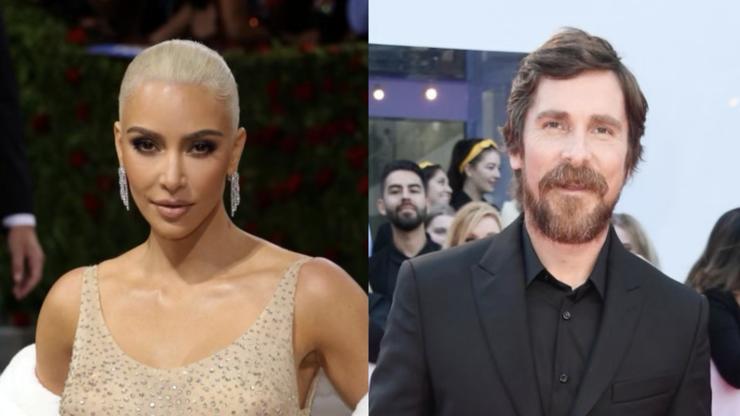 In an interview with the New York Times published earlier this week, Kim Kardashian answered questions about her reported 16-pound weight loss for last month’s Met Gala, which she managed to sweat and diet off in just three weeks. Though the socialite was hit with major criticism from all corners of the internet, she maintains that it’s what had to be done to get the dress on, other stars do it all the time, and she didn’t go about it in an unhealthy manner.

“To me, it was like, ‘OK, Christian Bale can do it for a movie role and that is acceptable,’” the 41-year-old shared. “Even Renée Zellweger gained weight for a role. It’s all the same to me.”

As Page Six notes, the English actor has gone to extreme lengths to both lose and gain weight for roles; for 2004’s The Machinist he lost 62 pounds, and 2013’s American Hustle saw him 43 pounds huskier than usual.

Kardashian went on to argue that by losing the weight herself, “[she] wasn’t saying, ‘Hey everyone, why don’t you go lose this weight in a short period of time?’”

When asked what would’ve happened if she didn’t meet her goal she responded, “I just simply couldn’t have gone, which wouldn’t have mattered. It was just important to me to reach that goal.”

Following the Met Gala, Kardashian’s trainer Don Brooks told TMZ, “I think one of the misconceptions is — she works really hard. I was there through the process, and it wasn’t like a starving yourself type of thing.”

“She’s been on a real balanced diet, and at times she wouldn’t eat as much, but then the second thing was she went to the gym and put the work in.”