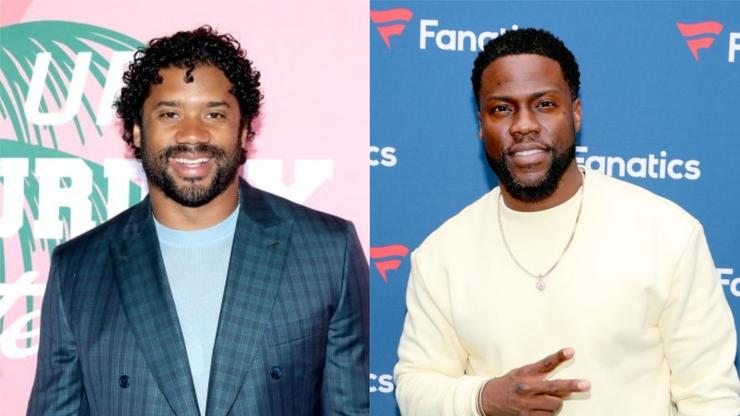 Russell Wilson appeared on Kevin Hart’s “Cold As Balls” show this week to chat about some hot topics.

During the interview, Wilson discussed his father’s passing in June 2010 the day after he got drafted. “The highest the high to the lowest the low, just like that. And that was heavy on me,” he explained. “I had to take control my own career, my own life, my own destiny and make the decision I had to make.”

The comedian also asked the athlete about his decision to play baseball or football pressionally. Wilson explained that it was “one the hardest decisions in his] life.” He was an All-American at baseball but, after not receiving any fers equal to his asking price, he chose to pursue football instead.

The Seattle Seahawks player also shared an adorable pregnancy story about his famous wife when she was 2-months along and the two were preparing for a date night.

“I’m getting all dressed up, ready, prepared, everything else. She says, ‘Hey, I’m going to wear my Uggs.’ Then she says, ‘my feet hurt,’” he shared. “I wanted to finish the night strong, so I said, ‘I’m going to rub your feet for the rest the night.'”

Wilson also shared he’d like to make it to at least 13-15 years before retiring. Watch the full interview below.

Ciara has been documenting the couple’s pregnancy on social media, sharing an updated shot her eight-month baby bump to Instagram last week.