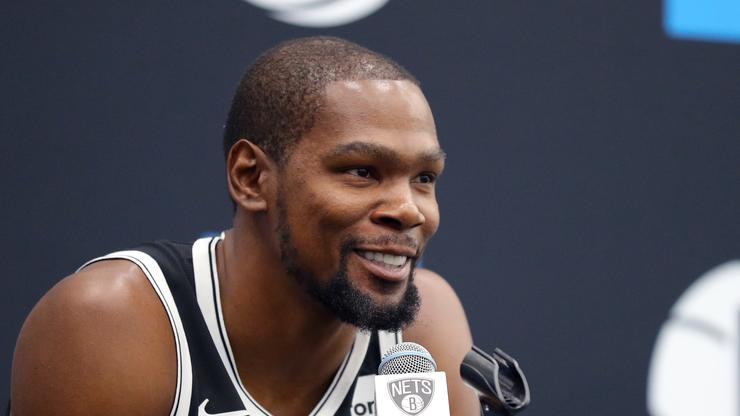 Some players may come as a surprise.

Kevin Durant is one the best scorers the NBA has ever seen although as right now, he is being sidelined with an Achilles injury. It remains to be seen when we’ll see Durant back on the court but luckily, he is still very much active on social media. Durant’s show The Boardroom has amassed quite a bit popularity as late and fans have been tuning in every since episodes began to air. Recently, Durant took to The Boardroom’s Twitter account where he answered questions submitted to him by fans.

One the questions was regarding who he thought some the toughest players to guard in the NBA were. Durant gave five names including LeBron James, Kawhi Leonard, Lou Williams, Paul George, and even Joel Embiid.

Players like LeBron and Kawhi shouldn’t come as a surprise but the other three might shock some people. Williams is a big fensive threat but is mainly known for his contributions f the bench. George and Embiid are great players but they aren’t in the upper echelon the NBA like LeBron and Kawhi are. Either way, we’re sure Durant’s comments will drum up some conversation. After all, these answers are based on his own personal experience.