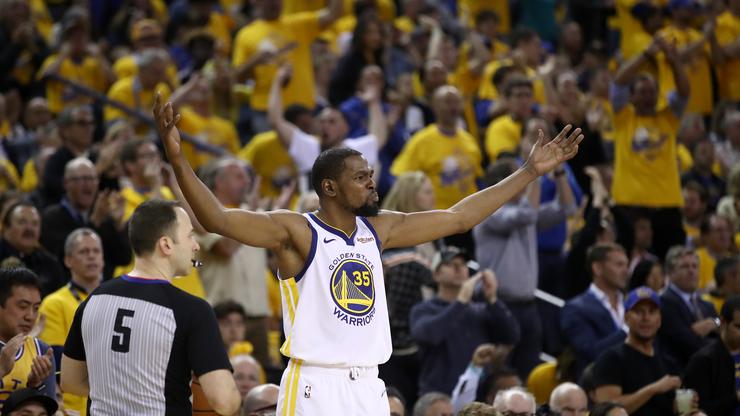 Durant clearly has no purpose for burner accounts anymore.

Kevin Durant has been known to engage with people on Twitter from time to time, especially when he doesn’t agree with someone. Back in 2017, Durant was caught for using burner accounts which was probably one the funniest things to happen to the NBA this decade. Because that whole situation, Durant is considered one the most sensitive players in the league and that reputation continued this past week when he got into a Twitter dispute with the one and only Chris Broussard.

Quite frankly, absolutely no one asked for this beef and in the grand scheme things, it was pretty corny but it happened anyway and exploded to a point where it was too big to ignore. In light this recent dispute, Durant was asked during a media scrum today about why he always feels compelled to respond to people on social media.

“I’m qualified,” he said matter factly, Anthony Slater The Athletic. Durant went on to say that he doesn’t like when people talk about him in a personal light and that if he disagrees with what is being said, he knows enough about basketball to be able to come with a retort.

Heading into the NBA Finals, Durant won’t be able to start the series as he is currently dealing with a right calf injury.