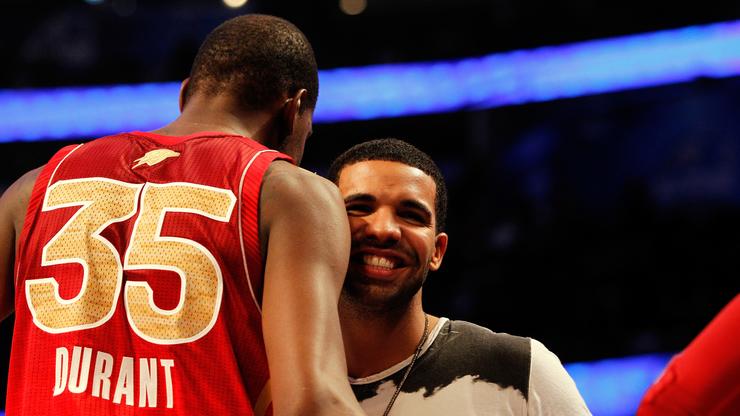 Drake and KD were out and about in the Big Apple.

Kevin Durant and Drake have had a solid friendship for years now. In fact, Drake even has a KD tattoo which was definitely a point of contention for many people as Drake rooted against the Warriors in the 2019 Finals. Regardless, the two like to hang out with one another when the time is right. If you remember, Drake even had a COVID scare back in 2020 as KD caught the virus after a night out with the Canadian superstar.

Recently, Drake and KD were spotted together in New York City, and it appeared as though they were at some kind of party. KD’s birthday is on September 28th, so perhaps they were getting in an early celebration as the Nets superstar turns 34 years old.

In another video posted to Twitter, you can see the two of them leaving the party and getting into vehicles. As you can imagine, there was a ton of fanfare around this meet-up. The two are at the top of their respective games, and fans would do almost anything to get a glimpse of them.

Having said that, KD and the Nets will be starting training camp soon. Durant will have a lot to prove this season and fans are eager to see what he does now that he appears recommitted to the Nets.