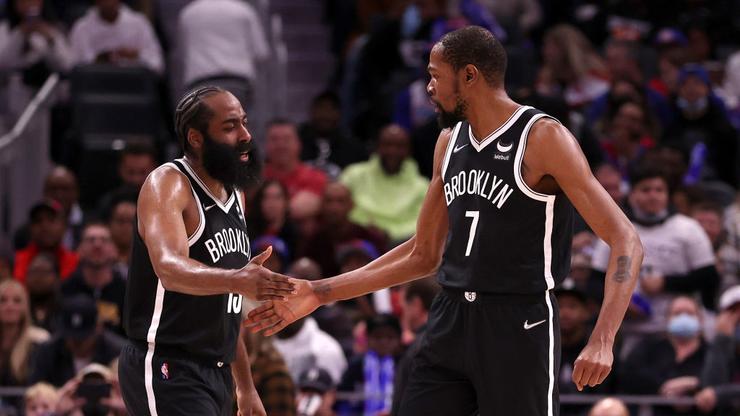 Kevin Durant had some high praise for his Nets teammate.

Brooklyn Nets’ James Harden broke out of whatever potential funk he was in to begin the season in impressive fashion last night, dropping a season-high 39 points with six threes, 12 assists, and five rebounds in Brooklyn’s 120-112 victory against the New Orleans Pelicans.

Harden and his play had been a subject of speculation to begin the 2021 season. He’d played well up until Friday night’s breakout performance, but for some, didn’t appear to be playing at the seemingly unstoppable level fans and media were accustomed to seeing from the 2018 MVP and 3x scoring champion.

Whether it was concerning the new rule changes against player-friendly foul calls that James had previously been a benefactor of, or about doubts surrounding his overall health after dealing with a hamstring injury last season, Harden was under a microscope throughout the early going.

However, a game this impressive slowly dismisses any doubts about whether or not The Beard will be able to make his return to form. After the game, Harden and Brooklyn’s co-superstar Kevin Durant reiterated just how impressive James was, implying that this is still the same, dominant James Harden we’ve been used to.

Durant told reporters about Harden after the game, “He was aggressive all night. He was getting downhill. Getting to the free-throw line. 11 for 18, highly, highly efficient. 12 assists. He just–he looked incredible.”

The two-time Finals MVP Durant didn’t have a bad game either scoring 28 points himself, as Brooklyn is an incredibly tough team to beat when both he and Harden have it going. When reporters asked James post-game about what teams can do to stop the both of them on nights like this Harden paused and responded, ‘pray’, with a smile.

Harden and Durant look to keep momentum as Brooklyn travels to Oklahoma City tomorrow to take on the Thunder, the same organization that the two MVPs began their careers with together.