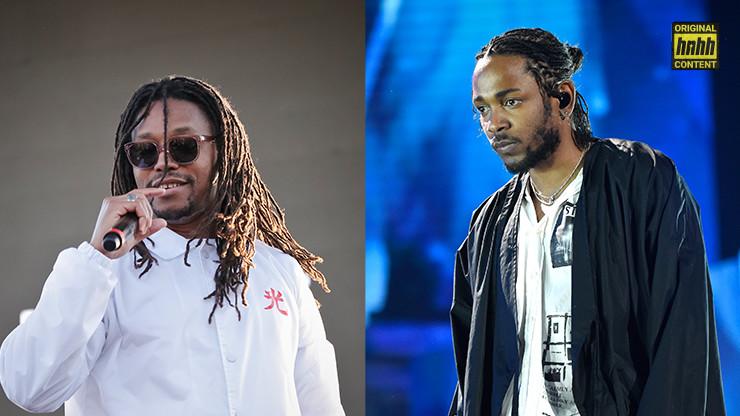 Lupe Fiasco’s recent suggestion that Kendrick Lamar isn’t in his league as a lyricist has opened the floor for an interesting conversation.

Much has recently been made of Lupe Fiasco’s claims of lyrical superiority over Kendrick Lamar, a controversial statement that opened the floor to much debate. Though he made sure to give Kendrick a veritable bouquet of flowers, conceding several categories to the TDE legend in the process, Lupe did maintain his edge in the field of lyricism. It should be noted that he acquiesced that Kendrick was the superior artist overall, which provides further insight into how Lupe views the breakdown to begin with.

For one, he views the fields of lyricism and artistry as wholly distinct, meaning that an artist can be strong in the former field but weak in the latter. Clearly, he tends to value his own lyricism as his most accomplished attribute, boasting a dense repertoire of conceptually charged and thought-provoking material to back his claim. And this is, after all, hip-hop; rappers are meant to move with a competitive edge if only to keep their peers on their toes. Lest we forget, that was Kendrick’s entire raison d’etre on the infamous “Control,” a song that seemed to embody that oft-sought best rapper alive energy.

Before diving into the meat and potatoes of the question, perhaps it’s best to consider the lyricists Lupe actually considers elite. In the past, he has spoken rather highly of Aesop Rock, Homeboy Sandman, King Los, and Black Thought, a roster of extremely intellectual writers. In many cases, their music tends to benefit from close readings and repeat listens. When it comes to the use of literary devices and techniques, Lupe seems to favor those who have made mastery of their various uses. And while he’s more than accurate in assessing his own lyricism as top tier, it’s his apparent dismissal of Kendrick’s own that seems to be raising eyebrows. That’s not to say he ever suggested that K Dot’s lyricist status was nonexistent, but it’s clear he doesn’t consider him to be playing in the big leagues.

In fact, since deleted Tweets following the inciting message added a few new names to Lupe’s elite tier lineup: Mickey Factz, Eminem, Royce Da 5’9, and Jay-Z. For further emphasis, he followed up with some words of warning: “if YOU are not on this list, I will lyrically walk through the walls in your house while using your own style to do it.” With even his threats sounding like particularly imaginative bars, it’s hard to argue his point. Yet given the work discography Kendrick has built since first coming into the game, his exclusion from the list feels somewhat dismissive.

In reality, many of the same qualities employed by Lupe can indeed be seen in Kendrick’s music, who often challenges listeners with interesting focalization techniques and non-linear storytelling. Even beyond his extensive vocabulary, Kendrick possesses the ability to create distinctive characters and explore a theme in a stimulating way. Songs like “PRIDE” and “DUCKWORTH” on his Pulitzer Prize-winning DAMN feature some of Kendrick’s most impressive writing in recent memory, effective on both an influential level and as chapters of a wide-ranging thematic narrative. Given his own approach to craftsmanship, one might have thought Lupe would appreciate that particular element of Kendrick’s arsenal. Especially factoring in how much thought Lu puts into his weaving his own complex narratives.

At the end of the day, Lupe Fiasco is as entitled to his opinion as anybody. Perhaps he simply used Kendrick’s name to further emphasize the quality of his own pen, setting a benchmark that the mainstream audiences could easily identify. Or perhaps he genuinely believes that Kendrick Lamar’s lyrical abilities aren’t quite elite tier. Examining a lyrically dense and technically flawless track like “King Nas” off DROGAS Wave, the mastery Lupe holds over his words and his ability to translate seemingly any given thought into rhyme truly is a spectacle to behold. So, given the circumstances, it feels appropriate to open the floor with a question: Who do you feel is the superior lyricist — Kendrick Lamar or Lupe Fiasco?