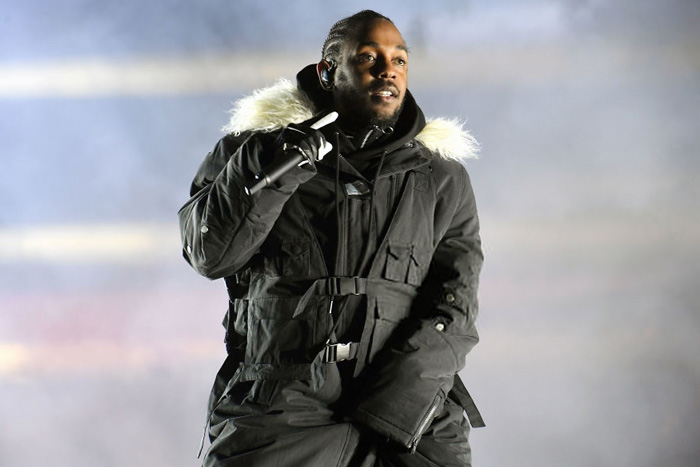 Basked in red lights, the stage was reminiscent last year’s sold-out “DAMN Tour.” and his festival sets, with a giant screen above and behind him. As flames shot up, he launched into his chart-topping hit “HUMBLE.” as the audience mouthed along to every word.

Sans SZA, he closed with the first performance “All the Stars” from the upcoming Black Panther soundtrack.

“This is TDE. Black Panther,” said Kendrick before capping f the 9-minute set.

The performance was followed by a preview Marvel’s Black Panther film, for which Kendrick and TDE produced and curated the entire soundtrack. The clip featured new music from Kendrick.