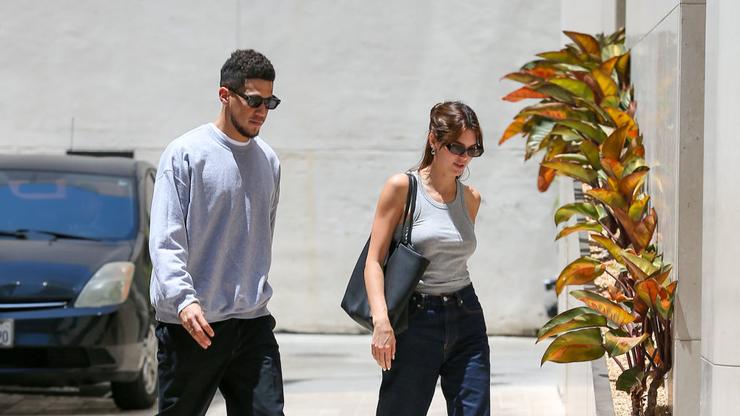 The NBA star attended a wedding alongside the runway model just a few weeks ago.

Though Kendall Jenner and Devin Booker breakup rumours began circulating online in mid-June, it’s starting to seem as though the pair may have never split, as they’ve been spending tons of time together in recent weeks and never officially confirmed the news themselves.

As you may recall, sources shared earlier this summer that the athlete and model had gone their separate ways after realizing that their plans for the future didn’t line up. Not long after, Jenner shared a cheeky snapshot on her Instagram feed, and the rumoured exes were spotted together once again.

Since then, we’ve seen Booker and his reality star girlfriend celebrate the fourth of July together at a star-studded bash in the Hamptons, and more recently, they stepped out in their finest outfits for a wedding.

Internet sleuths have also been speculating that the couple may have taken a vacation to Hawaii together too. While they didn’t post any PDA-filled snapshots from their romantic stay, the similar views in their uploads have been enough to get fans talking.

After returning from paradise, Jenner and Booker seem to be keeping their adventurous antics up, spending this past Sunday (July 31) axe throwing and zip lining through the great outdoors.

The 26-year-old uploaded a clip of the basketball star expertly throwing his weapon to her Instagram Story, which he went on to share on his own, adding a bullseye emoji to flex his skills.

Jenner also included footage of her soaring through the trees while soaking in the beautiful nature around her – check it out below, and tap back in with HNHH later for more pop culture news updates.