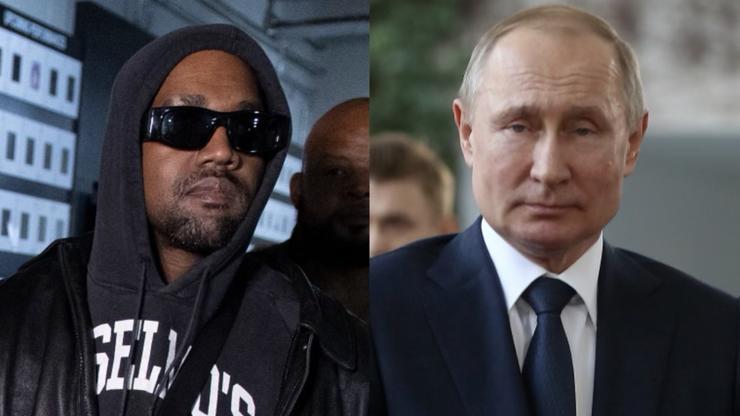 It’s been said that Russia will become a “second home” for Ye in the coming months.

Kanye West continues to make moves that leave us feeling amused, and confused. On Tuesday, January 11th, it was reported that the “Stronger” rapper has a trip to Moscow, Russia planned for later this year when he hopes to meet with President Vladimir Putin and eventually even bring his famous Sunday Service to the country.

As per Billboard, the father of four has been in contact with his “confidant and strategic advisor” Ameer Sudan, who says Ye has some “business-related matters” to attend to while making his trip overseas.

Sudan, who is said to be working with attorney Scott Balber on travel arrangements, has also said that the Life of Pablo recording artist will be spending “a lot of time in Russia,” which will become a “second home” for West as he continues to expand on his seemingly endless creative endeavours.

The duo is reportedly “acting as liaisons” between the Atlanta-born star and the “[Donald] Trump of Russia,” real estate entrepreneur Aras Agalarov and his son, EMIN.

Billboard‘s article also notes that Ye has plans to musically collaborate with Agalrov’s son, who has already released over a dozen albums since 2005 and was trained by beloved Soviet singer Muslim Magomayev, with the end goal being an increase EMIN’s popularity in the United States.

Apparently, the “All Mine” hitmaker also has some new business deals in the work with the famous foreign family, although details regarding those remain under wraps for now. From what we do know, Sudan has projected that his associate’s wealth could skyrocket to over $10 billion if things work in his favour.

If he manages to successfully put his plan into action, West’s Russia trip will mark his first performance there in his 25-year career; it’s rumoured to be a goal he’s had in mind since launching Sunday Service back in 2019.

What do you think of Ye’s upcoming trip to the east to expand his artistry? Drop your opinion in the comments.