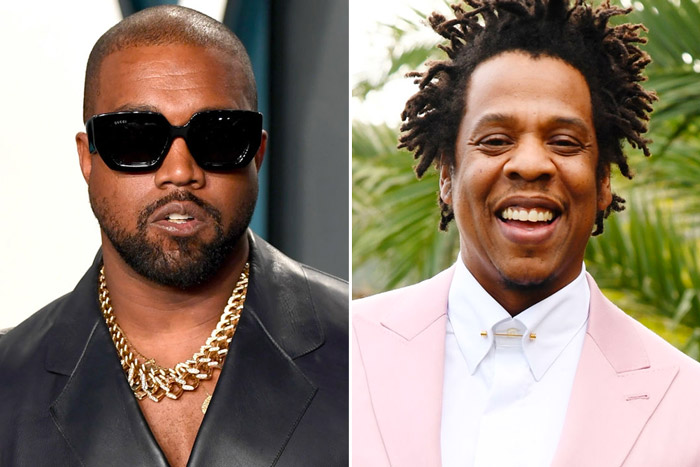 Kanye West is moving forward with his plans for president…and he wants JAY-Z on the ticket.

Before holding his first campaign rally in Charleston, South Carolina on Sunday, he spoke with Z93 Jamz host Kris Kaylin. During the interview, the presidential hopeful shared his policies and revealed his ideal running mate, JAY-Z.

When asked if he presented the idea to JAY, he responded, “You know I ain’t talk to my brother in about five years or something like that. And the fact that we ain’t talked in so long, that’s how you know we’re real brothers. ‘Cause the fake ones could be mad at you and still pull up, ’cause they getting a check.”

The news comes after Kanye had already announced his vice presidential pick, Michelle Tidball, a Christian preacher from Wyoming. “She would be open to taking another position if we found another running mate,” shared Ye.

Kanye and JAY have been at odds for years, but the Watch the Throne collaborators reunited at Diddy’s 50th birthday in December. Kanye admitted that he felt “hurt” when JAY and Beyoncé didn’t show up to his and Kim Kardashian’s wedding in 2014 and called out the superstar couple on stage during his “Saint Pablo Tour” in 2016.

Despite his comments, JAY-Z said he will always have love for Ye. “That’s my brother,” he told David Letterman in a 2018 interview. “We’re beyond friends. Really, like literally, my little brother is Kanye, and like your little brother, things happen sometimes.”

During his campaign rally in South Carolina on Sunday, Kanye made controversial comments about Harriet Tubman, saying the Underground Railroad conductor “never actually freed the slaves, she just had the slaves go work for other white people.” He also burst into tears while speaking out against abortion, saying he and Kim had considered terminating their first pregnancy with North West. “I almost killed my daughter,” he said.

His family is reportedly concerned for his wellbeing after the bizarre campaign stop. According to TMZ, those close to Kanye believe he is in “desperate need pressional help” and is in the middle a serious bipolar episode, but he refuses to listen to them.

Kanye said this and I left immediately. I went for a laugh and I got one. But when it got disrespectful for me it was over. pic.twitter.com/nNqjUp03mu