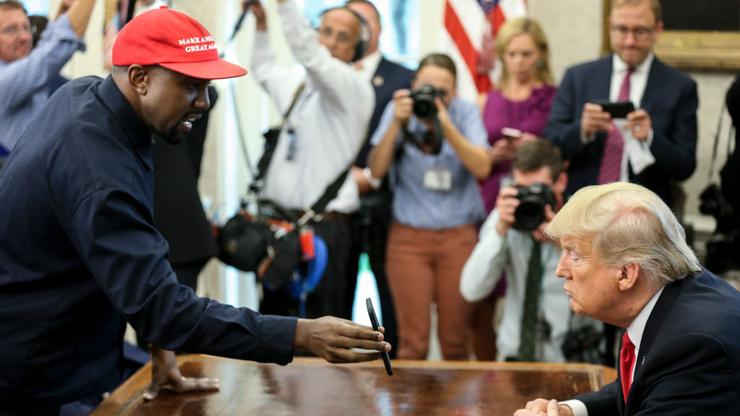 Kanye West is a man many talents. He’s a successful designer, artist, and musician who’s pushed the boundaries pop culture over the years. But what happens once you’ve reached your peak as a cultural behemoth? Apparently, you try to get into politics. Though Ye will not be on the South Carolina ballot in the 2020 presidential elections, it’s evident that he still has hope. And if he had his way, his buddy Trump would be his running mate.

The rapper joined 99.3 The Jam where he discussed his foray into politics. Clearly, Donald Trump has been a huge inspiration for Kanye since the head Yeezy essentially listed f his business prowess as pro that he’s ready for fice, from his dealings with TIDAL to the success Yeezy Brand. Even though Kanye West is running against Trump, he revealed that he’d very much enjoy having the current president as his running mate.

“I think Trump would be a great Vice President. That would be my first pick,” he said before shouting out his current running mate. “We have a running mate right now named Michelle Tidball who is a Christian pastor out Wyoming. And you know every Black president need a Michelle.”

At one point in the interview, Kanye West also predicted that if he doesn’t win the election, it’ll be Donald Trump. Peep the clip below.