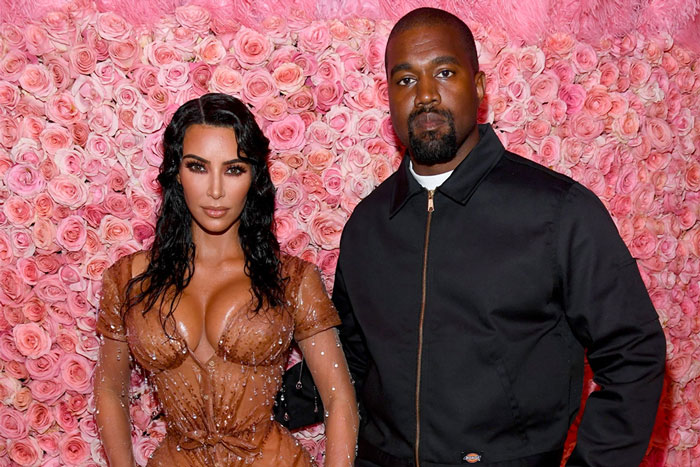 Kanye West went on a Twitter rant during which he claimed his wife tried to have him hospitalized and compared his life to the movie Get Out.

On Monday evening, the rapper-turned-presidential hopeful appeared to unravel during a series shocking tweets, this time concerning his mental health. He claimed that Kim Kardashian and his mother-in-law Kris Jenner tried to have him committed to a mental institution after he revealed that the couple thought about aborting their daughter North West.

“Kriss don’t play with me you and that calmye are not allowed around my children Ya’ll tried to lock me up,” he tweeted.

He also claimed that the Jordan Peele movie Get Out was about his life. “Everybody knows the movie get out is about me,” added Ye.

Several tweets later, he said that Kim attempted to fly to his ranch in Wyoming with a doctor and lock him up. “Kim tried to bring a doctor to lock me up with a doctor,” he wrote. “If I get locked like Mandela Y’all will know why.”

In another tweet, he added, “Kim was trying to fly to Wyoming with a doctor to lock me up like on the movie Get Out because I cried about saving my daughters life yesterday.”

He shared a screenshot a text message he sent to Kris Jenner, demanding that she answer his calls. “This Ye. You ready to talk now. Or are you still avoiding my calls,” he said.

He also shared a photo himself with his children, adding, “West children will never do playboy.”

Kanye said that he wants his family to relocate to Wyoming. “I love my wife My family must live next to me It’s not up to E or NBC anymore,” he said, referencing the E! network, which is home to “Keeping Up with the Kardashians.”

During his Twitter tirade, he also tweeted about Bill Cosby, Anna Wintour, Shia LaBeouf, and Drake. “Drake,” he tweeted with the thinking emoji. “Come and get me … this is the exodus like Pusha said.”

He returned later to tweet, “Ima focus on the music now.” Just days before, he announced that his new album DONDA would arrive on Friday and shared the tracklist before deleting it.

Ima focus on the music now

During a campaign rally in South Carolina on Sunday, West made controversial comments about Harriet Tubman, saying the Underground Railroad conductor “never actually freed the slaves, she just had them work for other white people.” He also burst into tears while speaking out against abortion, saying he and Kim had considered terminating their first pregnancy with North West. “I almost killed my daughter,” he said.

Despite holding his first rally in South Carolina, he failed to make the ballot in the state because he did not submit a petition by Monday’s deadline.

Kanye’s antics have caused alarm among his family as well as his peers. Sources tell TMZ that he is in the middle a “major bipolar episode.” Some celebrities including Halsey and Questlove expressed concern for his wellbeing.

“Praying for him. This ain’t funny one bit. This ain’t gossip/cancel/snark worthy—-this is a life on the path to expiration,” tweeted Questlove, while Halsey added, “I’m so disturbed by what I’m seeing…If you can’t fer understanding or sympathy, fer your silence.”

Praying for him. This ain’t funny one bit. This ain’t gossip/cancel/snark worthy—-this is a life on the path to expiration

Dude—-why is this a real life sequel to the Amy doc….I don’t like where this is heading man.

No jokes right now. I have dedicated my career to fering education and insight about bipolar disorder and I’m so disturbed by what I’m seeing. Personal opinions about someone aside, a manic episode isnt a joke. If you can’t fer understanding or sympathy, fer your silence.

Pray for kanye. Please save bros mind. This shit is heartbreaking bro