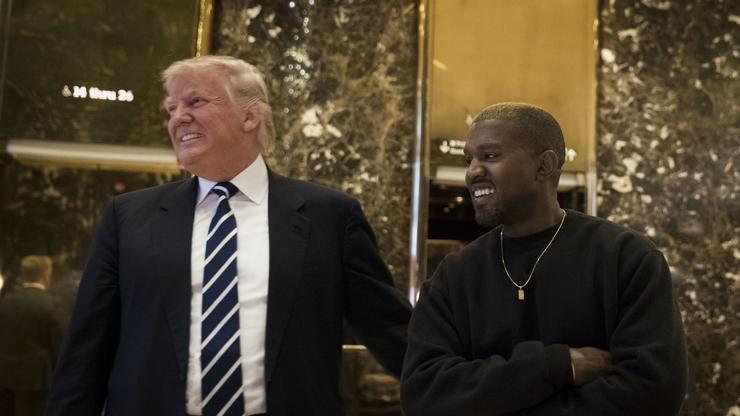 “It’s pretty clear Kanye was a GOP plant, whether he knew it or not.”

If we’re being honest, Kanye West’s attempted presidential run still feels like something of a fever dream, but it was, in fact, as pointed out by a new report, very real, and very messy.

On Friday, the Daily Beast unveiled a deep dive into Ye’s campaign for the White House, in which the “Yikes” rapper is described as a “GOP plant, whether he knew it or not” by Citizens for Responsibility and Ethics in Washington communications director Jordan Libowitz.

As Complex notes, the father of four’s run “seemingly went to great lengths to hide ‘potentially millions of dollars’ in services it got from a network of GOP ‘operatives’.” The report states that “among these operatives were advisers who worked with individuals considered to be part of the Republican ‘elite’.”

Apparently, Ye and his team didn’t report having paid some of those GOP advisers, which means that it’s possible some federal laws could’ve been broken. Political watchdog associations and experts all contributed assessments to the report, including John Boyd, who’s been described as the recording artist’s “spiritual adviser.”

“He had companies, individuals working for him, I don’t even know if he knew what they were doing that deeply,” Boyd has explained. “That’s my personal view. There were definitely agendas out there that perhaps he didn’t have full control over.”

A firm called Holtzman Vogel, who are known for their work in campaign finance and election law, is also named frequently throughout the report. They reportedly have links to both former President Trump, as well as the Honest Elections Project, who have allegedly dumped “hundreds of thousands of dollars into an ad campaign against mail-in voting options.”