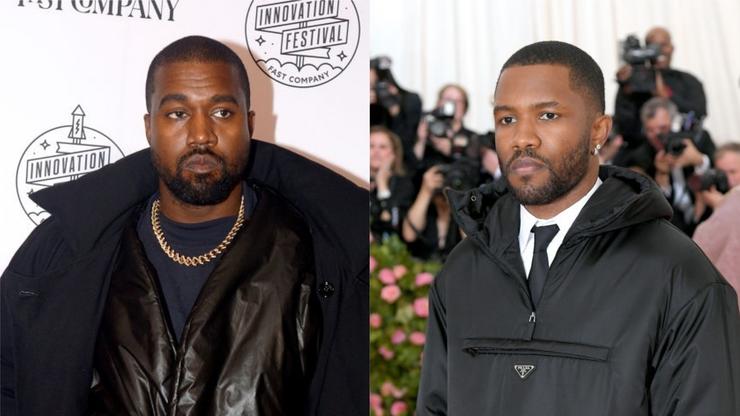 Kanye West may have taken a break from exposing the discrepancies in the music industry after leaking out his contracts with several record labels, but he’s back in full force, referencing the confusing situation between Frank Ocean, Apple executive Larry Jackson, and Universal Music Group on a new 2 Chainz track.

2 Chainz’ new album So Help Me God! is officially out now and one of the standouts songs is “Feel A Way”, which features Kanye West and Brent Faiyaz. The song contains a full verse from Kanye, who continues implying that the music industry is forcing a new form of slavery onto artists.

After Chainz eggs him on, asking him to go full Nat Turner, Kanye gives in, referencing the drama between Frank Ocean and Apple by saying: “When Larry Jackson called, they let Frank Ocean go.”

If you’re unfamiliar with the drama, in 2016, Frank Ocean released his visual album Endless, which was hosted by Apple Music. That album fulfilled the terms of his contract with Universal, essentially making him a free agent after its release. Just a day afterward, Frank Ocean surprise-released Blonde, which was packaged in a much more profitable manner. Again, it was temporarily an Apple Music exclusive yet, this time, it was released under his own label.

“We had a deal — we were working with Frank Ocean, and he controlled where his music came out,” said Apple executive Jimmy Iovine at the time. “Why would it be in our interest to be part of a fast one, a slow one or any one? We were getting the record no matter what. Whatever happened with him and Universal is really between him and Universal. It has nothing to do with us. Nothing.”

The situation caused a whole bunch of drama, which Kanye is seemingly referring to in his lyrics.

Do you think there’s more information left to uncover in this situation?